William Edward Burghardt Du Bois, furniture, metalwork, ceramics, paintings and photographs transform the second floor of the Cooper Hewitt Design Museum in the Big Apple into Paris at the turn of the 20th century through two parallel and complementary exhibitions, one “Hector Guimard: How Paris” Got its Curves” and the second “Deconstructing Power: WE B Du Bois at the 1900 World’s Fair”. Presented side-by-side, these exhibits explore the historical significance and contemporary resonance of the work of French architect Hector Guimard, as well as the creativity and innovation brought to the 1900 Paris World’s Fair by William, an American sociologist-Ghanaian and Pan-African human rights activist. Edward Burghardt Du Bois. It was one of the first black Americans to participate in the European Universal Exhibition.

“These special exhibitions are in line with the Cooper Hewitt Museum, which aims to contextualize and reframe key voices that have shaped design history and have been overlooked,” explains its director, Maria Nicanor. It was important to us that these two titles go hand-in-hand to provide context for visitors to both admire the visual beauty and understand the historical complexities of the selected objects. I am very pleased to see the powerful work of WEB Du Bois. His talent, as well as Guimar’s, shows that design is not and never has been neutral. »

Adeline Guimard’s bedroom at the Hôtel Guimard in 1913. Image taken from the official page of the Cooper Hewitt Smithsonian Design Museum

Entrances to the Paris Metro by Hector Guimard

Stop by for an invitation to a new reading by Hector Guimard (1867-1942), one of France’s most famous Art Nouveau architects. Bringing together nearly 100 of his works from public and private collections around the world, the exhibition provides an urban and historical context for all of his work. Guimard is most famous for making entrances to Paris metro stations and private residences such as Castel Béranger, once his studio, which still exists and is inhabited. Based on the reuse of curved and undulating organic lines, his decorative patterns allowed him to create a label called the Guimard style. Less well known, the more subtle ideas he used in several standard housing projects of the 1920s confirm his socialist and pacifist leanings. Although opposed to what he had done before, these projects formed the main elements of Gimar’s style. The exhibition is accompanied by a book, Hector Guimard: Art Nouveau to Modernism, published in 2021 by Yale University Press in association with the Richard H. Driehaus Museum. After its debut at the Cooper Hewitt, the exhibit will travel to Chicago’s Driehaus Museum of Architecture and Design, where it will remain from June 22, 2023 through January 7, 2024. 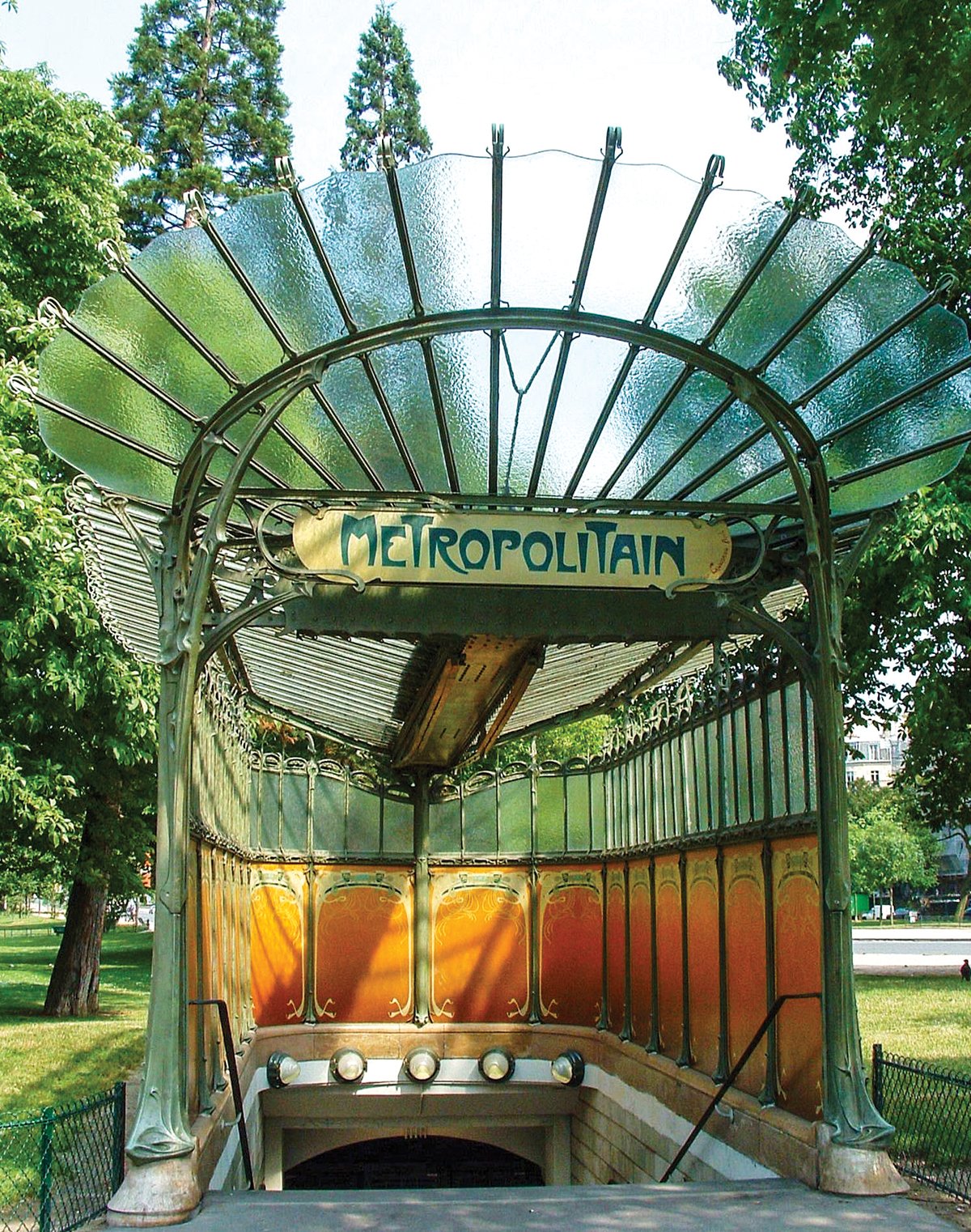 The dragonfly of the Dauphine metro station signed Guimard in the 16th arrondissement of Paris. Photo Creative Commons

The first black at the Universal Exhibition

Next to Hector Guimard, the second exhibition entitled “The Power of Deconstruction” is also dedicated to the famous American-Ghanaian sociologist WEB Du Bois (1868-1963), a defender of Pan-African rights. Here, visitors will discover nearly twenty innovative and evolutionary data drawings created by Du Bois for the 1900 Paris Universal Exhibition. With the concept of “the power of deconstruction,” or the power of design to obscure the dynamics of power and justice at the same time, Du Bois used the Paris Universal Exhibition to take a bold stand on the world stage. account of black American progress,” says the Cooper Hewitt director. So he exhibited a series of pictures called The Exhibition of the American Negro to audiences around the world. Du Bois and his students at Atlanta University produced 63 hand-drawn diagrams using shapes, lines, and colors to demonstrate the success of blacks in the United States and around the world despite widespread racism. Made of cardboard on loan from the Library of Congress and intended for temporary installation during the Fair.

Overview of the Deconstructing Power exhibition. Photo taken from the official page of the Cooper Hewitt Smithsonian Design Museum

Given their fragility, the works will be replaced regularly, especially as they come out of the archives for the first time since 1901. Moreover, the museum’s website states that “Deconstructed Power” sheds light on the Fair’s image as progressive, but in fact unjust and concealing the mechanisms of the imperialist system. Forty-seven countries participated, each seeking to showcase their cultural and economic achievements to an international audience through carefully selected installations using the latest art, imported materials and cutting-edge innovations. Among the decorative arts exhibited at this time were examples by Sèvres, Louis Comfort Tiffany and Émile Galle that shed light on how national styles were developed. A lot of imperial fantasy permeated modern design at the turn of the century. Therefore, the participation of Du Bois, the first black person to appear on such an event list, was historic.

William Edward Burghardt Du Bois, furniture, metalwork, ceramics, paintings and photographs transform the second floor of the Cooper Hewitt Design Museum in the Big Apple into Paris at the turn of the 20th century through two parallel and complementary exhibitions, one “Hector Guimard: How Paris” Got its Curves” and…