The redesigned Polestar 2 has been made official by the Swedish manufacturer with some interesting new features and big gaps in terms of autonomy for certain versions of this electric car. What awaits the restyling of its main competitor this year: Tesla Model 3.

Polestar 2, we’ve known it for a while, even for the moment it is still not sold in France. Introduced in 2019, the Swedish sedan of Polestar, a relative of Volvo, gets a decent makeover with some interesting changes.

Polestar is historically the performance division of Volvo, which was acquired by the Chinese group Geely in 2010. in 2017, Volvo and Geely decide to turn Polestar into a full-fledged manufacturer.

His first car caused quite a stir as it was the Polestar 1, a sleek 600hp plug-in hybrid coupe. At the end of 2019, Polestar presents 2, after some time the manufacturer also announces 3, which will be an SUV that will go on sale this year.

His debut in France was delayed

Besides, in France Polestar was banned from selling its cars, because its logo has similarities with Citroën and DS Automobiles. But in September 2022, the French manufacturer and Polestar reached an agreement after an impossible legal imbroglio.

Citroën wanted to go further by taking the case to Brussels to prevent Polestar from selling its cars in Europe. Subsequently, Polestar counterattacked by suing Citroen for plagiarism over the design of some of its tires. Ultimately, the two companies agreed to end those lawsuits without disclosing any details. 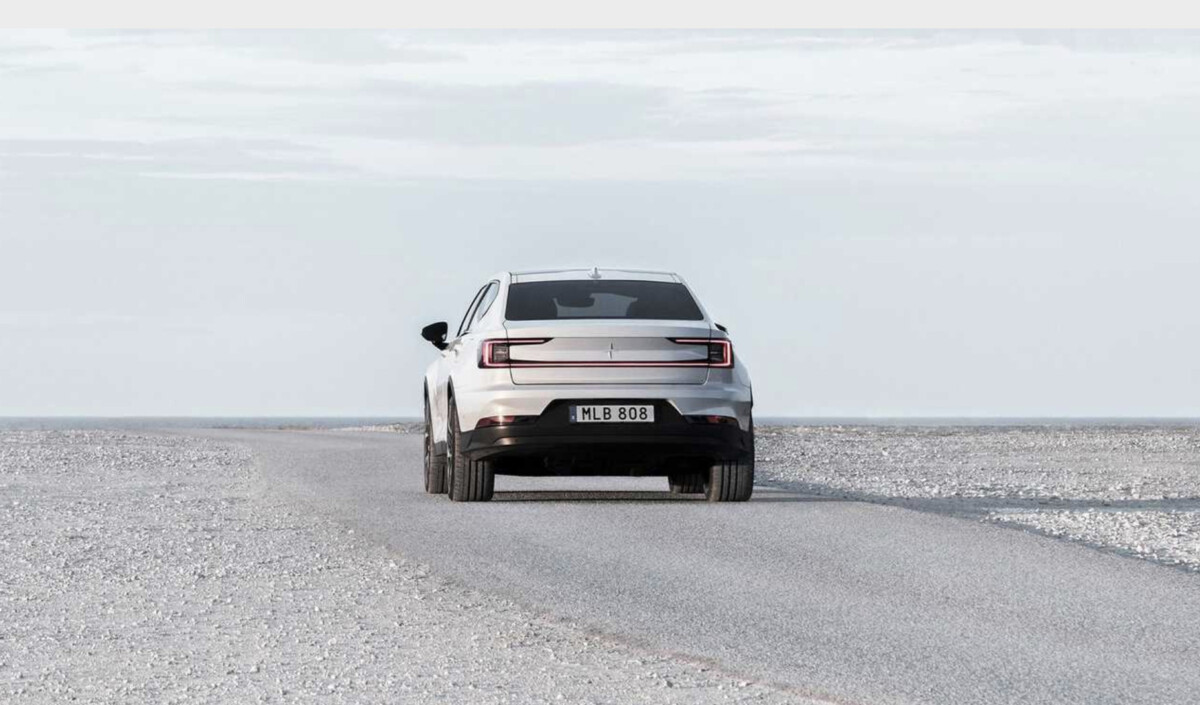 Since then, the Polestar website is accessible in France, but only in the Belgian version. Contacted by us, Volvo and Polestar have not yet provided information on the possible arrival of the Polestar on the French market.

While waiting to arrive in France, the Polestar 2 changes both in terms of design and technology and benefits from a major overhaul. At the aesthetic level, the changes are quite limited and only concern a few details such as the addition of optics and shields. Along with the Performance Package, the 20-inch alloy wheels have a similar design to those installed on the Polestar 3.

Standard equipment is richer and now includes Driver Awareness, which includes a blind spot detection system with direct intervention on the steering wheel in an emergency, rear collision warning, a 360° camera and smartphone battery induction.

The most important new features concern the powertrain. Single-engine versions have power 300 horsepower (against 231 hp before) and the torque goes from 330 490 Nm. Thus, the Polestar 3 Propulsion can accelerate from 0 to 100 km/h. 6.2 seconds, which is 1.2 seconds faster than the old version. This update allows it to upgrade from the Tesla Model 3 Propulsion, which should be slightly modified this year.

Two-engine versions develop one power 421 hp and 740 Nm (versus 408 hp and 660 Nm in the previous model). Polestar still offers a version with the Performance Package that brings the power 476 horsepowerWith a shot from 0 to 100 km/h 4.2 seconds. It is clearly ahead of the Tesla Model 3 Performance.

More than 600 km of autonomy

Two types of batteries are offered: a pack 69 kWh With 24 modules from LG Chem for Standard Range versions (same as old version). And a battery 82 kWh (vs. 79 kWh before) with 27 modules from CATL for Long Range versions. A small battery can be charged with direct current 135 kWthe biggest one can climb up to 205 kW.

Has France been forgotten?

The redesigned Polestar 2 will hit the European market at the end of February. In France, we obviously have to be a little more patient.

Polestar 2 prices have increased slightly depending on the market. The entry-level price is now around 50,000 euros, which is several thousand euros more than the Tesla Model 3, which has just been entitled to a steep price drop in its range.

The new Polestar 3, which was officially revealed on October 12, is starting to reveal some information about it. In particular, it promises a range of more than 600 km.
Read more

Help us build the future of Frandroid by answering this survey!