With the New Abarth 500e, the Scorpion brand officially enters the electric era. The first city car that does not neglect the performance and sporty spirit of the Abarth brand.

It has been electrified since 1949

With 73 years of know-how, Abarth is known for making ordinary extraordinary. It is through agile, high-performance and powerful cars, but above all small and aggressive, its emblem, like a scorpion.

Abarth has once again taken on a new challenge by bringing forth the New Abarth 500e, a strengthened version of the New Fiat 500, a real answer to the energy transition without denying the history and winning DNA of the Scorpion brand. That’s why the new Abarth 500e is designed to make power switching and electric driving more fun, thanks to its sporty looks and powerful engine that makes its thermal equivalents the envy of its counterparts.

More dynamic than its attractive counterpart, the New Fiat 500, the New Abarth 500e promises to deliver great sensations. 7 seconds: that’s the time it takes you to go from 0 to 100 km/h behind the wheel of an electric sports city car! With an engine of 154 hp (113.7 kW) and a torque of 235 Nm, it even manages to surpass its thermal counterpart, the Abarth 695. 50% faster at 20-40 km/h acceleration, this New Abarth electric motor achieves this. 60-100 km/h with one second ahead.

New Abarth 500e Scorpionissima In addition to its unique style that reflects the elegance of the New Fiat 500 and evokes the world of motor racing, the New Abarth 500e Scorpionissima benefits from an optimized technical configuration at the chassis level, where it is based in particular on the MacPherson suspension with front anti-interference. – roll bar. Braking-wise, it packs 281mm discs at the front and 278mm discs at the rear, while its cousin from Fiat makes do with drum brakes. 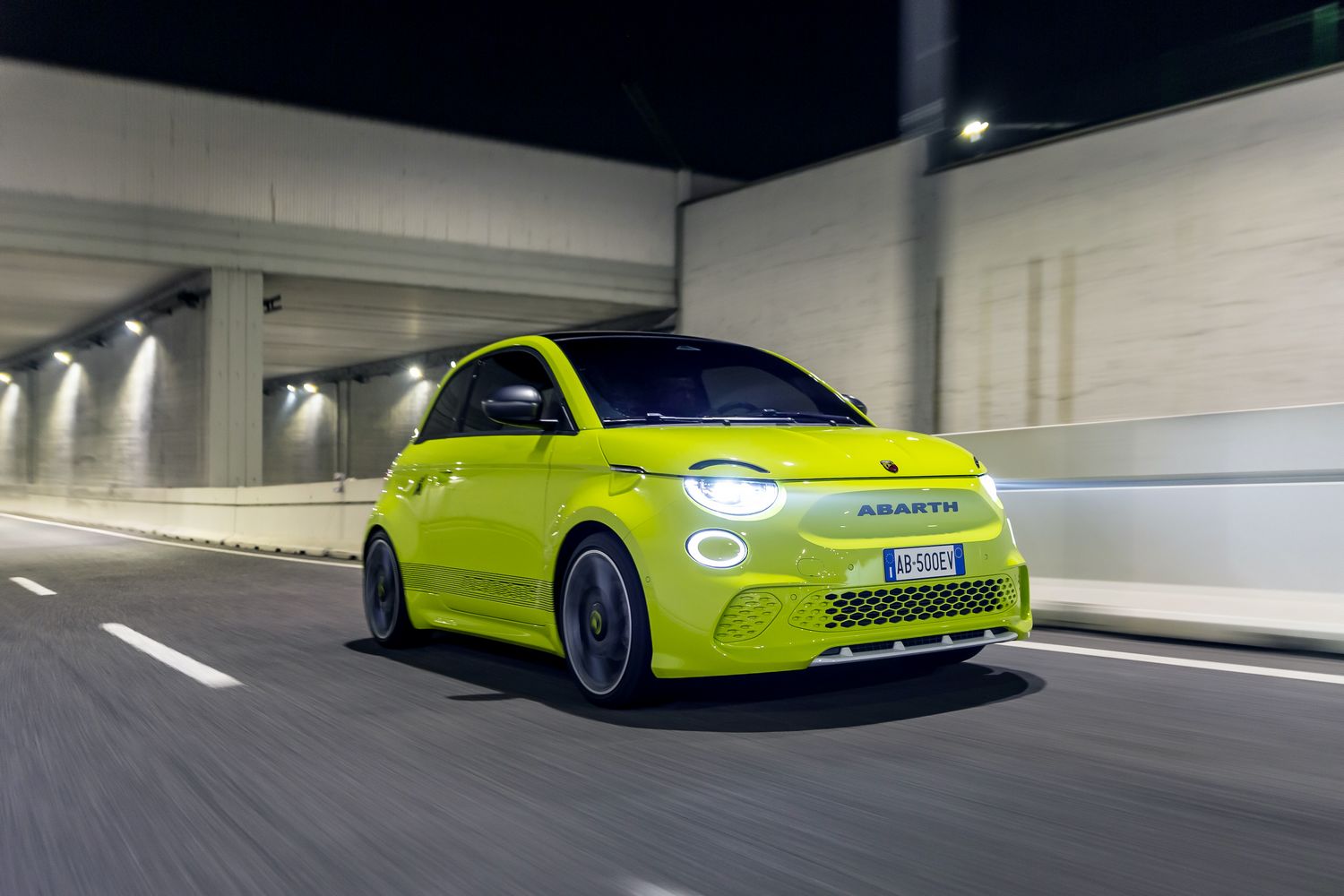 Behind the wheel of the New Abarth 500e, drivers will be able to choose between three driving modes, two of which focus on sport. While mode Scorpion Street offers a balance between performance and power saving mode Scorpion Track will allow him to use the full power of the 154 hp electric unit.

Resolutely sporty, the New Abarth 500e also knows how to be smart. A mode that limits power to 100 kW and torque to 220 Nm tourism prefers autonomy. Added to this is the ‘One Pedal’ function which, together with Turismo or Scorpion Street modes, maximizes the effect of regenerative braking, thus offering an emotional ride without the use of the brake pedal. 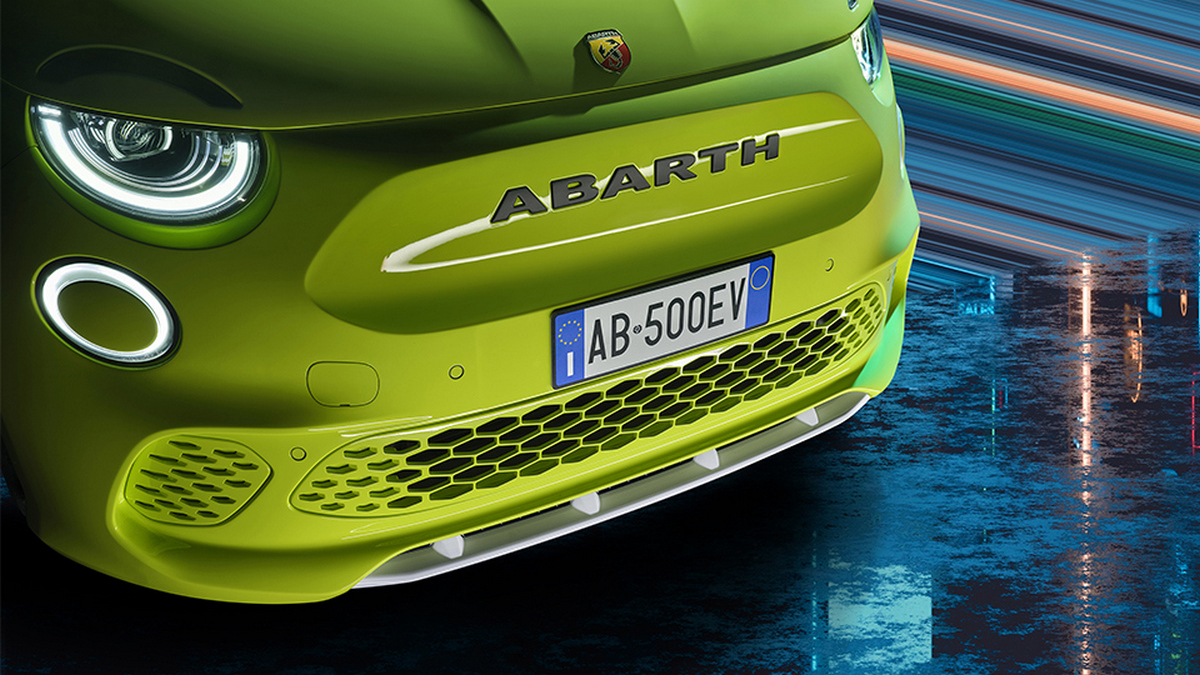 The new Abarth 500e does not ignore the unique and historical voice of the brand. Equipped with the new 2.0 sound generator, the electric sports car can reproduce the iconic roar of Abarth exhaust pipes inside and outside the cabin. One thing is certain: you will not be left out!

Those who want to operate in stealth mode can continue to drive silently by turning off the system when the car is stationary.

Electricity is free! If electric mobility was once seen as punishing, Abarth has succeeded in the bold bet of an ecological transition that denies neither emotion nor driving pleasure.

Ready to go electric in Performance or Sport mode? Pre-order now the exclusive New Abarth 500e Scorpionissima edition, with 1,949 units produced, to know when orders officially open, scheduled for February, and be among the first to get one. 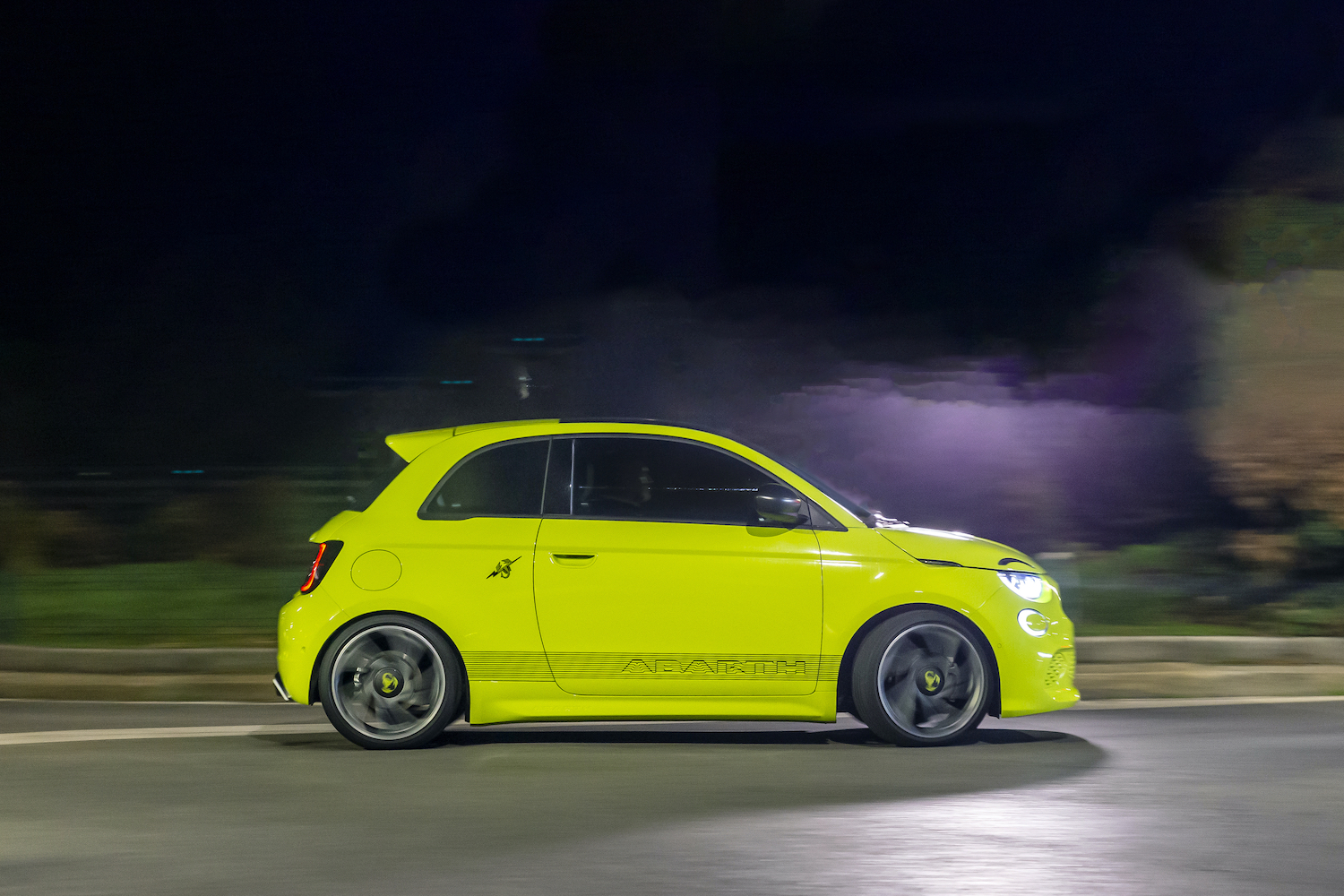