Bélib, the Paris charging station operator, has announced its new prices. And the bad news is, they’re on the rise. So much so that it costs more to charge an electric car like Tesla than it does to refuel. But fortunately, this observation is not the same everywhere, and driving an electric car remains financially more profitable.

Charging is currently one of the main barriers to buying an electric car, and the two are closely related. While waiting for the development of a solid battery, it will allow travel over 1000 kilometers on a single charge with almost instant charging, the development of the network of terminals is important. While we are still far from the 100,000 charging points promised by the government by the end of 2021,France As of November 30, there were 77,318 people. But if the number of terminals and operators is constantly increasing, another obstacle stops some motorists: the price.

If there are still free terminals, most require a fee. And unfortunately, with the increase in the wholesale price of electricity, it is getting more and more expensive. For example, Tesla just increased the prices of its Superchargers and introduced a tariff for peak and off-peak hours. While Allego has lowered its prices, the company has also introduced a similar policy with hourly pricing to encourage users to connect to the network when demand is low.

Today it is Bélib’s turn to announce a change in prices. The operator responsible for the terminals installed in Paris is indeed raising the prices of its services and is no longer billed by minutes, but by kW, like all its competitors. Then four formulas are proposed: Moto, Flex, Boost and Boost+, delivering respective powers of 3.7 kW, 7 kW, 22 kW and 50 kW. After that it is possible to pay or buy a subscription as a standard visitor. 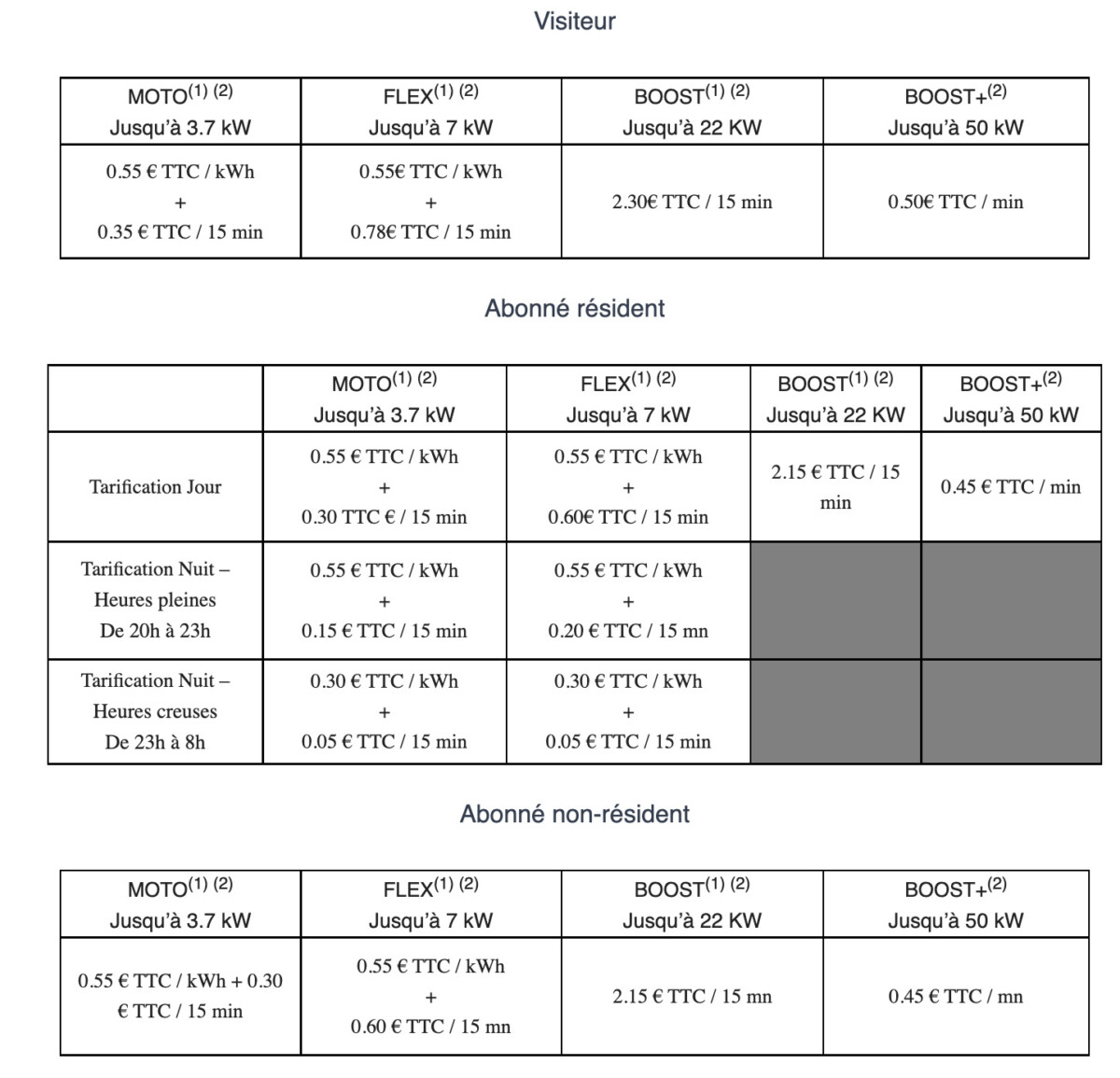 Then a tariff designed for residents of the capital is offered and is a little more affordable. In both cases, then you have to pay 7 euros per year in addition to the kWh price. A formula reminiscent of Ionity, which offers a subscription for €17.99 per year. With Tesla, it is possible to take advantage of a discounted rate at Superchargers if you do not have a car from the brand by choosing to subscribe for 12.99 euros per month. After that, you need to calculate around €0.60 per kWh during off-peak hours €0.70 per kWh without formula.

Bélib’ subscribers, Parisian or not, can use it without downloading 22 kW terminals for 2.15 euros for 15 minutes50 kW sockets are charged at 0.45 euros per minute.

Diesel is cheaper to drive

At this price, it is more profitable to drive with diesel or gasoline for less than 10-15 euros per 100 km! Fortunately, the payment is cheaper at home and with other operators. 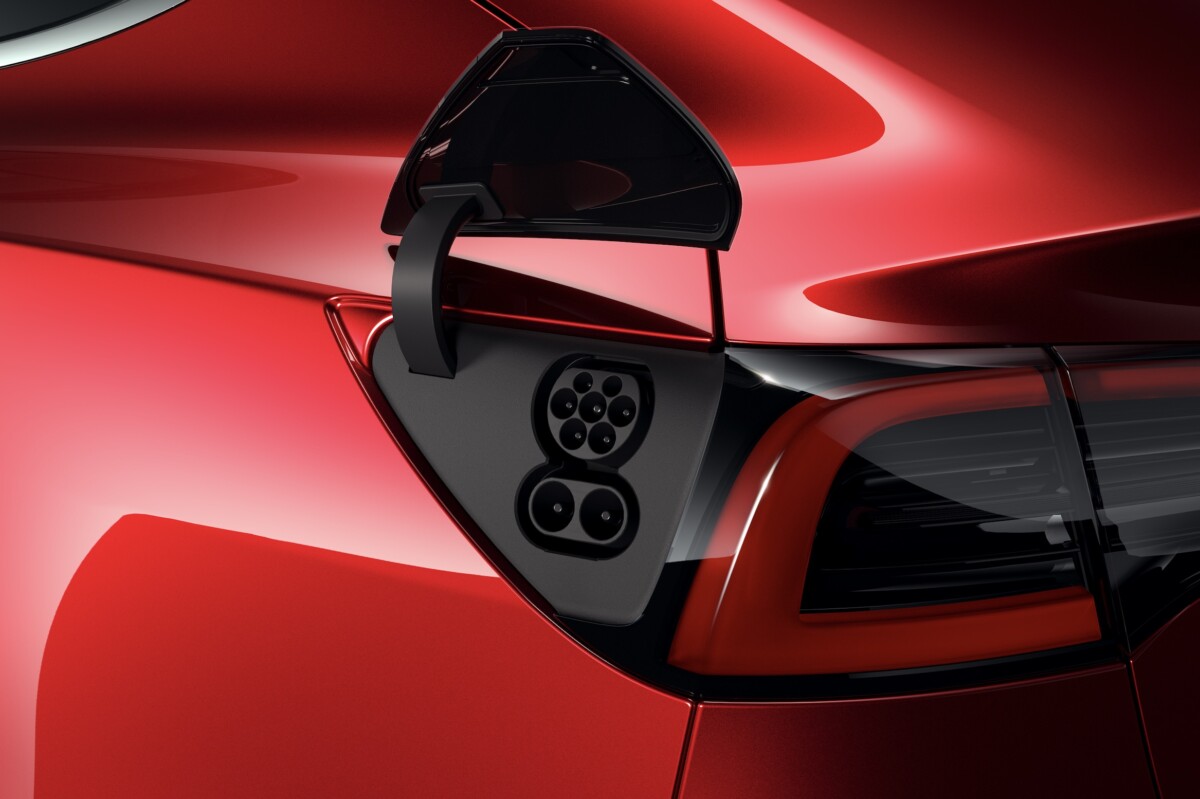 If you subscribe for 7 euros per year, the rates are a little more interesting It ranges from 0.30 to 0.55 euros per kWh depending on the time slot, the price per minute varies from €0.05 during off-peak hours to €0.60 during daylight hours. Note that the price is the same regardless of the region. on his side, Ionity rates are €0.69 per kWh for non-subscribing customers and €0.35 for those subscribing to the annual offer.

But the award for the cheapest network goes to Lidl, which currently charges €0.40 on 180 and 360 kW terminals. 22kW chargers cost only 25 cents per kWh. It is enough to reduce costs to about 4 euros per 100 km. The distributor is thus cheaper than Electra, which charges only €0.44 per kWh for all its terminals up to 300 kW.

Charging at home is still cheaper

Regardless, charging at home is always cheaper, with a regulated tariff of €0.174 per kWh. It is enough to reduce the costs per 100 km below 3 euros. It’s much cheaper than driving on petrol or diesel, even cheaper considering the almost non-existent maintenance of an electric car.

According to a report by France Strategy, an electric car is much cheaper than a thermal car. And this is even though its purchase price is higher and electricity has recently increased …
Read more