The small Norman company Lormauto created a sensation at the Paris Motor Show by presenting an electrified and perfectly restored Renault Twingo 1. Can this recycled icon compete with the cheap Chinese-made Dacia Spring?

Located in the Lisieux industrial zone, Lormauto was founded by Sébastien Rolo, a computer scientist with a passion for cars. ” When the improvement law was passed in April 2020, I immediately thought that a French icon like the Twingo should be revived. The jail time allowed me to focus on this project in my garage before considering becoming a real builder. “.

Now surrounded by a team of young engineers, Sébastien Rolo is not content with replacing the heat engine of a small French city car with an electric one. This is an almost complete rebuild of the car that was stripped down and received a custom engine bay with a new electrical unit. The Italian-made synchronous motor is connected to a torque reducer that replaces the gearbox. Only the differential is retained to transfer power to the front wheels of this small traction force. Capable of delivering 38kW of power for 200Nm of torque, the mechanism is powered by an LFP (Lithium Iron Phosphate) battery pack with a net useful power of 16kWh. 48 field-assembled cells are distributed under the hood, in the service tunnel and in place of the old tank to optimize the distribution of masses and at the same time the balance of the car. Wheels, tires, connecting rods, silent blocks, shock absorbers, discs and pads are replaced. Lormauto’s Twingo also gets a new heating system with resistors integrated into the door panels and dashboard, as well as reversing radar and even blind spot warning.

If the first generation of Renault Twingo was sold in France from 1993 to 2007, Lormauto only restores models from 2003 equipped with four airbags and ABS. ” Galvanized steel hulls age very well and we try to find models that don’t suffer too much hull damage to limit repair costs. Sébastien Rolo explains. The cabin also benefits from cleaning the carpet, replacing the door armrests with canvas and painting the dashboard black. The front seats have been completely redesigned with new foams and a durable fabric covering that also covers the sliding rear bench seat. Added to this is an inductively powered smartphone holder as well as a GPS beacon to locate the vehicle, monitor its operating status and even perform minor updates remotely. 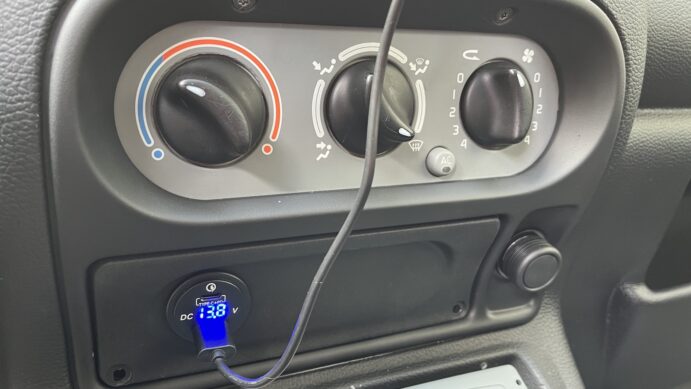 In addition to its timeless design, the first Twingo offers an original architecture, as it is a 3.43 m small city car with 3 doors, including a large tailgate. Its two-piece sliding rear seat offers unprecedented modularity and even allows the front seatbacks to fold down to create a bed. Visibility, thanks to huge glass surfaces and even a panoramic sunroof in some models, has no equivalent in today’s car production. The spacious and functional Twingo suffers from the length of its doors in tight parking spaces. A small drawback that it compensates for with its slim size (1.63 m wide) and excellent turning radius.

The Lormauto version with an electric motor removes the vibration and intrusive noise of the old Cléon motor. Smooth and quiet, the city car is responsive enough on acceleration for city use and features a three-mode variable regenerative braking system that lets you coast or decelerate to a complete stop without touching the brake pedal. This “single-pedal” driving mode prevents wear on the pads, but creates a bit of a jerk when accelerating due to the resulting torque from the engine. In terms of performance, we measured 0-100 km/h in 16 seconds (on a smartphone, so it has to be taken with tweezers), which is equivalent to the 1.2 thermal version with 55 hp. But the absence of a gearbox makes it easier to use in the city and makes the car more sensitive from 0 to 50 km/h. The speed of 60-90 km/h is enough to overtake a national truck, and the maximum speed of 130 km/h (in the flat) allows short courses on the highway. A slightly more favorable result than the Dacia Spring, which offers 33 kW and 125 Nm. Sound insulation and comfort are also comparable, with noticeable air whistles at 90 km/h and a sufficient amount of rolling noise. 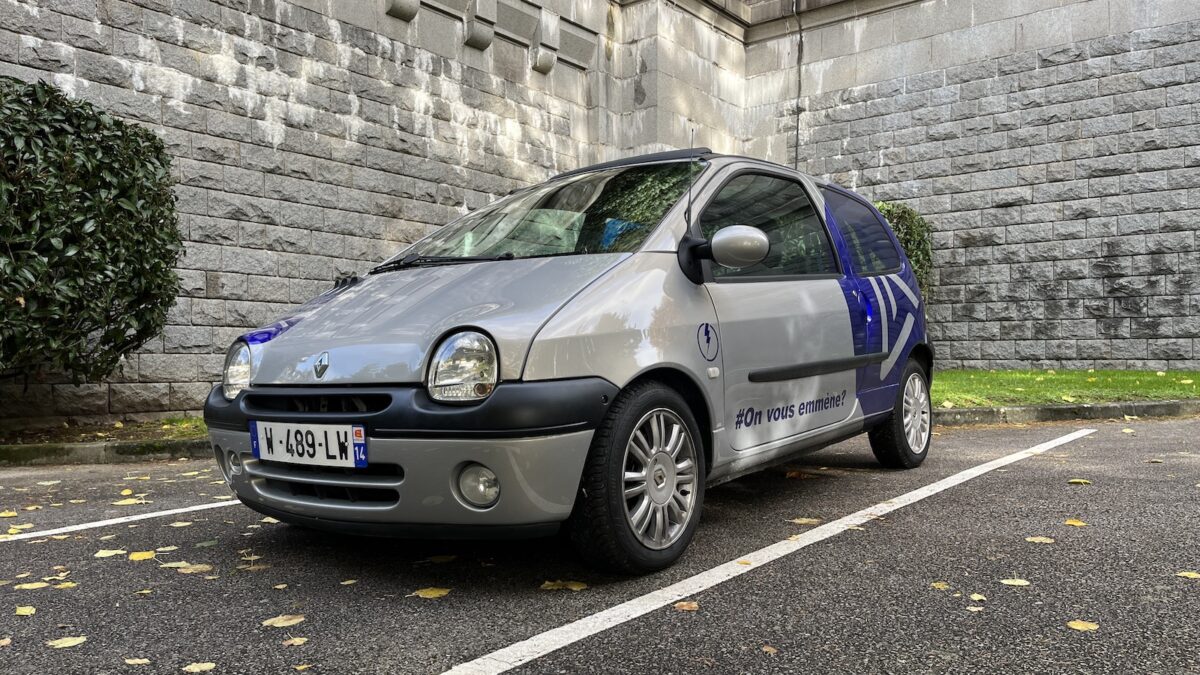 In terms of handling, the Twingo Lormauto has nothing to be ashamed of. Although the front axle is quite “loaded”, the direction remains healthy and the car rolls less than the Dacia Spring, which is taller, narrower and does not have anti-roll bars. Equipped with ABS, power steering and fairly solid all-season tires (155/65R14), the French car seemed healthy to us under braking. There is simply no ESP anti-skid to prevent emergencies. When it comes to passive safety, the Dacia settles for 1 star in the EuroNcap crash test despite 6 airbags, but the Twingo and its mini hood shouldn’t fare any better. Note that the small French is heavier than the Romanian (970 kg vs. 1,000 kg), although the latter has a larger capacity battery (26.8 kWh vs. 16 useful kWh).

Therefore, first of all in terms of autonomy, the Lormauto Twingo does less well than the Dacia Spring, which offers about 180 km of real autonomy, or 80 km more than the Twingo in mixed road/city use. Dacia allows for slightly faster charging, as the standard 7.4kW Wallbox has a 6kW charger to charge in 4:51. Dacia can also be equipped with an optional CCS combo socket to charge up to 80% in 1 hour at a fast terminal. But that said, a smaller battery charges faster. Lormauto’s Twingo claims 5 hours 30 minutes to charge 16kWh of electricity from a local socket with its 3.2kW on-board charger, while the summer takes almost double that.

It is not easy to fight against the “Low Cost” car made in China on a large scale. ” If we were to sell our Twingo today, it would be too expensive for such a popular car Sébastien knows Rolo, who prefers to offer a rental formula with no contribution and no km limit at €200 per month. However, it’s still more expensive than Dacia’s offering at €150 per month (limited to over 49 months and 44,000 km) with a €5,616 environmental bonus and a €2,500 scrap bonus. ” If we also take advantage of the environmental bonus and the no-breakage bonus, we can develop our production on a larger scale and offer a car made in France with a more affordable carbon footprint for 100 euros without contributing. “. It then remains to ensure that this public assistance does not go to “firm suppliers” on Sunday, with the risk of harming the entire industry, as is the case with some photovoltaic panel installers. Vehicle approval at UTAC is nevertheless not easy, and a car that is more beneficial to the environment should serve as a mark of quality for these pioneers of a new method of production.

Read also
Renault Twingo ZE test: how much is the cheapest electric car?