In this last quarter of the 19th century, Egypt was in vogue. The great excavation campaigns, the World Exhibitions, the opening of the Gimet Museum in 1888, are some of the factors that ignited a declining Egypt, no longer reserved for the elite as it was during the First Empire, but shared by the greatest number. popular productions. However, even for specialists, ancient Egyptian works were mainly of documentary value, and their artistic dimension seemed weak in the eyes of the public, which was achieved by the canons of Greek art. In contrast to the superior Egypt, Rodin, for his part, sees Egypt as a proper aesthetic.

Two collections in one

From 1893 at the Villa des Brillants in Meudon, Rodin created a collection of antiques, small sculptures, Egyptian, but also Greek, Roman, medieval, mixed with Japanese prints, all scattered around the studio and contributing to the development of their thoughts and experiences. . It is a collection with a universalist aim, reflecting a kind of dialogue between cultures, especially in line with the then-new vision exemplified by the art historian Eli Faure. Before declaring his passion for Egypt, Rodin was deeply marked, first by Michelangelo’s sculpture and later by Greco-Roman sculpture. The latter was the main reference and touchstone of all Western art since the Renaissance. An increasingly popular choice of Egyptian art as a collector’s item and aesthetic reference is the original choice. Only the most innovative artists of this period, from Gauguin, Matisse and Picasso to Emil Nolde and Paul Klee, then turned to Egypt and the so-called primitive arts, drawing the ferment of a new plastic language there.

Works worthy of a museum

Then, from 1910, at the height of his fame and fortune, the artist began to develop the idea of ​​a future museum. He wants to bequeath all his works, collections and archives to the state, on the condition that a museum is created in the Biron Hotel, which he is a tenant of at that time. Driven by this ambition, Rodin’s collection changed the mode and modus operandi. He turns his attention to Egypt, and what he acquires becomes more important in size, quantity, and quality: they must be worthy of a future museum. He was no longer content to buy from Parisian antiquarian dealers, but dealt with Joseph Altounians, Joseph Brummers, Oxan Aslanians, and other Armand Sbirians, who were the main suppliers of Egyptian antiquities bought en masse across the archaeological sites then known by his name. the pieces travel through Marseilles to Rodin’s chosen Hôtel Biron. 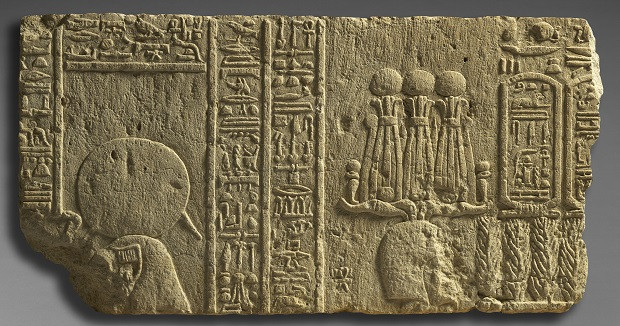 A guarantee of modernity

The Egyptian collection inventoried at the time of donation to the state appears to be very eclectic: monumental sculptures, bas-reliefs, funerary stelae, alabaster vases, canopic vases, masks, bone plates, ivory, wood, bronze, glass, textiles… Pieces from the Old Kingdom to the Roman period. Along the museum route designed by the artist, these are presented in large showcases framed or placed on pedestals by the Japanese sculptor Kichizo Inagaki, to whom Rodin was tasked to emphasize the plastic qualities of the works. Within the museum, the collection should serve according to long museum traditions “Education and training of young artists and workers”. But it also serves to show, in the sculptor’s mind, the connection between the art of origin, whose purity of form he admires, and his own work, which is aimed at a fundamental search. A kind of guarantee of modernity. 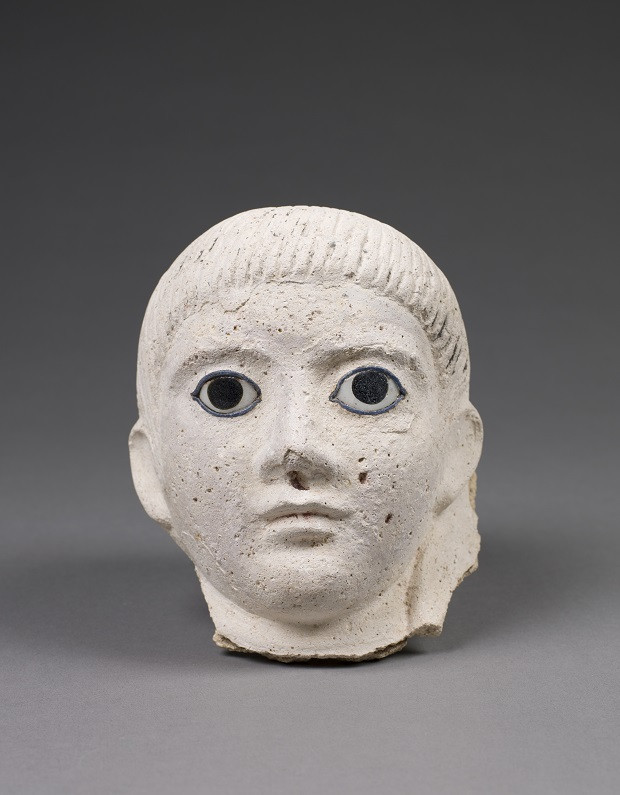 What attracted Rodin to Egyptian art so much? Because the filiation is absolutely clear between the smooth, idealized and repetitive pharaonic hieratic art and the tormented plastic, gestural figures and dramatic realism of the French sculptor. First of all, let’s say once again that Rodin is looking at these works that he admires, not of an antique dealer, but of a sculptor and an esthetician. A sharp eye that perceives artistic quality and elevates it with it. “How great is the truth! It’s not a cat, it’s all kinds of cats! There is an eternity of the living type in the binding of the limbs, the arch of the back, the frame of the head…”. What Rodin admires in Egyptian sculpture is the expression and definition of truth “habitat types” in the simplest form, the purest, the most beautiful. In short, a form capable of expressing the essence of things and created for eternity. 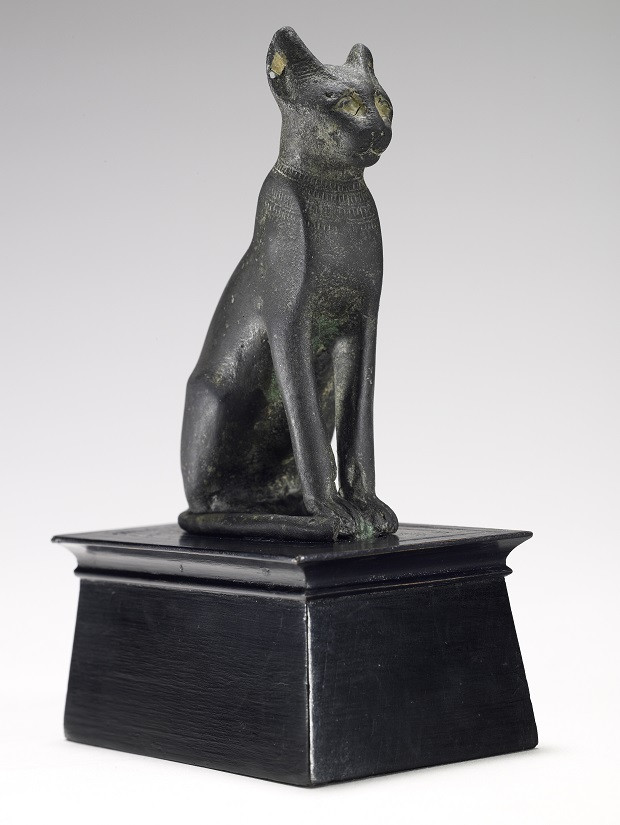 He intends to work not “with the nature” of the Egyptians, but as a continuation of their art. This Egyptian “lesson” of Rodin’s maturity is confirmed at the level of working methods: “Egyptian,” says exhibition curator Bénédicte Garnier, “Rodin is seen exploring the adaptation of the model to the subject, as well as the principle of repetition and repetition of figures, principles of pharaonic Egyptian art. […] In the same 1890s and 1900s, Rodin adopted stereotypes in painting as well as in sculpture, especially using tracings and abattis.. 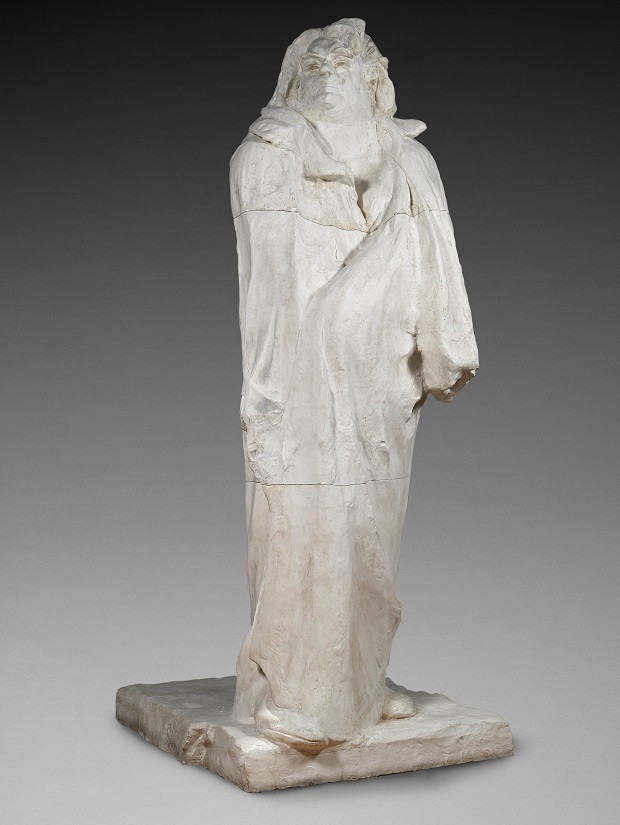 This lesson is also confirmed in the adoption of the plastic concept based on the expressive power of the crowd. such a job thought (1890) is clearly derived from Egyptian cube sculptures. Deeper, way Balzac From the Egyptian archetype he gives the interpretation of a clothed figure from which only the hands and face emerge. the BalzacThis work, which is considered the first work of modern sculpture, derives from the ancient formula, as well as from the power of its mass, saturated with energy, and its amazing eloquence. “They didn’t want to see my desire to raise this statue like Memnon, the Egyptian colossus”, he will say after being rejected by the cause’s sponsors. And anchored in his mass, like a sphinx with eyes fixed on eternity, stands Rodin’s giant!