The independent body EuroNCAP publishes the results of the crash tests, and once again the electric models get very good results. This is especially true of one car that scores very well: the Tesla Model S. But the Nio ET7, Smart #1, Hyundai Ioniq 6, Toyota bZ4X, and its competitors are not left out. Nissan Aria and Subaru Solterra, all of which received five stars.

If they don’t have to take the car on the road, EuroNCAP crash tests are still an almost essential pass and, above all, a guarantee of confidence for customers with good scores. Developed by an independent agency, they test the latest innovations in the market through a series of tests. In the end, different ratings are given based on several criteria, such as the protection of adult and child passengers, the safety of vulnerable road users and the efficiency of driving vehicles.

Above is the Tesla Model S

In total, at least 16 vehicles have been tested by the authority, including in recent weeks seven 100% electric models. Among them, the new Tesla Model S in the 2022 version gets the maximum five-star rating, like all other cars tested. DS 9, limited to four. But that’s where the electric sedan comes in very strong the highest overall rating of all the cars tested under a new testing protocol that has become more stringent than before.

It then becomes the safest car rated by EuroNCAP according to these new criteria, ahead of the Tesla Model Y, which scored very well. 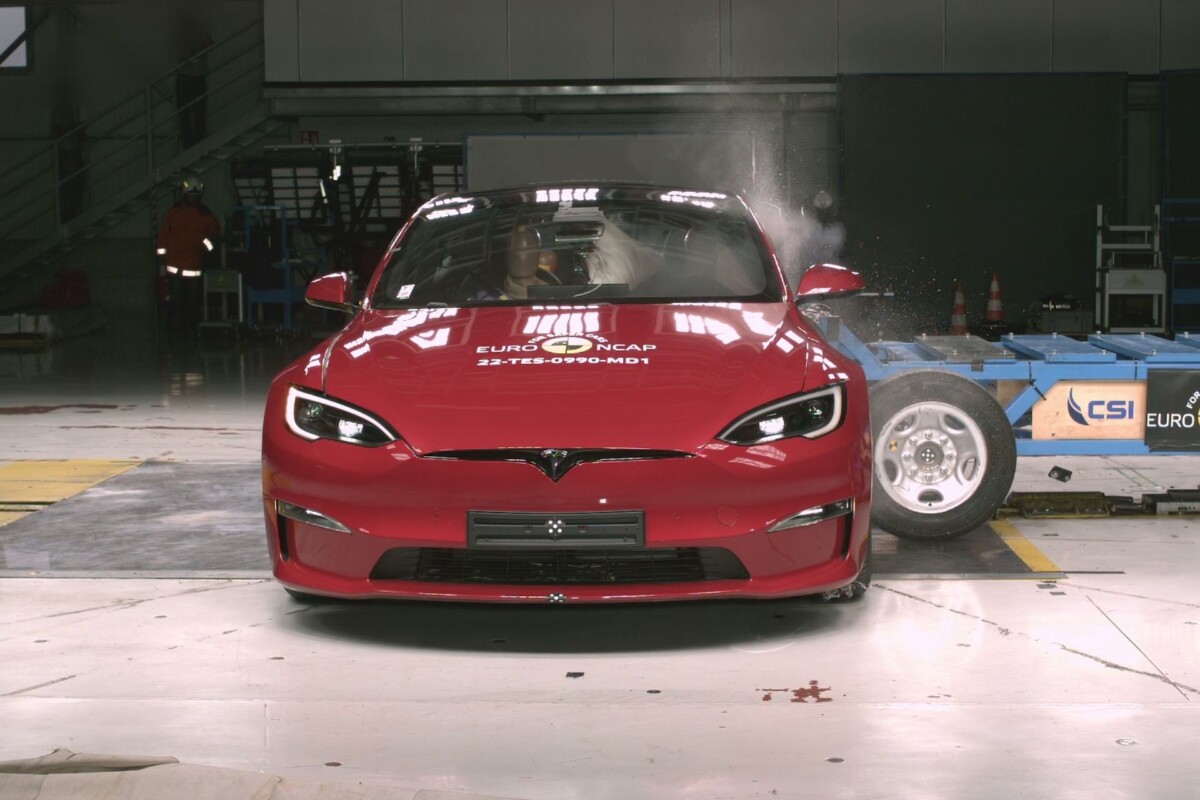 According to the European agency’s website, the Model S scores 94% for adult occupant protection and 91% for child protection, which is very good. . Protection of the most vulnerable road users, such as pedestrians and cyclists, is 85%. the sedan scores 98% for its driving aids.

While Tesla is under investigation for fraud, a result that will reassure some customers due to recent controversies and accidents surrounding the Autopilot semi-autonomous driving system. The firm is indeed accused of making people believe that its device allows 100% autonomous driving, but this is not yet the case. Please note that the FSD (fully self-driving) system is still in beta testing. Some even think that Tesla may cheat during crash tests.

In general, all electric models tested performed very well. This is especially true for the Smart #1, which scores 96% for adult protection, while the Hyundai Ioniq 6 reaches 97%. The very promising Nio ET7 also shows very good results with 91% for adult protection, 87% for children and 95% for driving vehicles. And the electric sedan fishes a little from the side protecting the most vulnerable users, with a total score of 73%. EuroNCAP also tested the new Toyota bZ4X, which had to be stopped due to a tire problem.

The latter was finally resolved and the electric SUV even scored very well in crash tests. 88% for adults, 87% for children. If it’s still a little fishy on the side of sensitive users, the Japanese excel in terms of driving aids (91%).

Its cousin, the Subaru Solterra, was also tested and received the same ratings. Finally, the Nissan Ariya also passed the grill and scored a satisfactory 86% for adults and 89% for children, which should reassure customers looking for a large family SUV. If the score for driving tools is very good (93%), the newcomers to this series are slightly behind the protection of sensitive users (74%).

We can’t wait to see the results of Sweden’s new electric SUV, the Volvo EX90. Indeed, the manufacturer integrated into China’s Gelly group has relied heavily on passive and active safety for its new electric vehicle.

Euro NCAP, the body responsible for car crash tests, launched an investigation into Tesla after reports of cheating by the American manufacturer. But so far no proof…
Read more