You can find all our live broadcasts here #UKRAINE

A new wave of Russian strikes targeted several regions of Ukraine this morning. At least 4 people were killed as a result of an airstrike on residential buildings in Vilnyansk, Zaporozhye region. Watch us live.

#UKRAINE The term of the agreement allowing Ukraine to continue exporting grain through the Black Sea has been extended for 120 days, Volodymyr Zelensky said. “We clearly saw how important and beneficial this agreement is for the world’s food supply and security.”– said Turkish President Recep Tayyip Erdogan, one of the architects of the agreement.

Parliament must today firmly adopt a bill allowing for the modulation of unemployment insurance according to the economic situation.

#EDUCATION Vocational high school teachers’ unions have called for a new day of strikes and demonstrations in several cities today to demand the withdrawal of the vocational high school reform project. The project to increase training time by at least 50% is particularly criticized.

11:56 : Ukraine’s Naftogaz group of Ukraine announced that there was a massive attack on the gas production center of the Ukrgazvydobuvannya group in eastern Ukraine. “At the moment, there are already several ruins, and at the same time there are different levels of ruins. Specialists quickly went to the scene”– said Chairman of the Management Board Alexiy Chernichov. “They are assessing the scope and consequences of the attack. We are also waiting for information on possible casualties.”

11:45 a.m : On Telegram, the Prosecutor General’s Office of Ukraine announces the start of a preliminary investigation into the strike that took place in Vilnyansk, Zaporozhye region. “According to the investigation, on the night of November 17, 2022, the occupying forces fired 3 S-300 missiles at the city of Vilnius. One of the rockets fell into a two-story residential building where 10 people live. There are 4 dead citizens, others are likely to be buried under the rubble.

11:41 a.m : Relief operations continue in Vilnyansk, Zaporizhia region, where at least four people died as a result of the strike. Four families lived in the two-story building that collapsed overnight. Two images shared on Telegram by Oleksandr Staruk, governor of the Zaporozhye region. 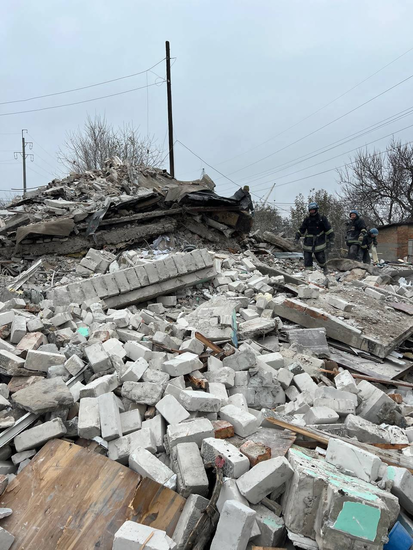 11:31 : said Volodymyr Zelensky “I’m pretty sure it was a Russian missile,” it is also certain that Ukraine has defended itself from Russian fire. “I don’t know 100% what happened, I don’t think the world knows 100% what happened” he declared. “We cannot say for sure that it was anti-aircraft defense of Ukraine.”

11:27 : Volodymyr Zelensky during a video conference interview at the Bloomberg New Economy Forum In Singapore, he spoke again about the shell that killed two people in Poland. “Bloomberg” reports that according to the president of Ukraine, military officials explained to him that the images of the explosion show that it cannot be connected only with the remnants of a Ukrainian anti-aircraft missile. (Article in English).

11:00 a.m : Dnipro mayor Boris Filatov posts a photo of a piece of metal stuck to his coat on Telegram. She claims that the clothes belong to a municipal worker who helps the elderly. This woman is being operated on in the hospital and says that she has been selected. 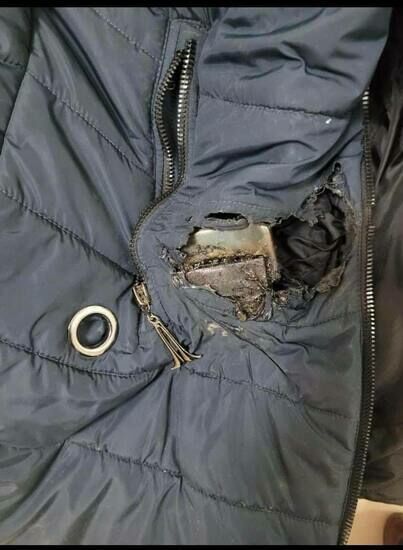 10:56 a.m : President of Turkey Recep Tayyip ErdoganOne of the supporters of the agreement on the export of Ukrainian grains, in turn, confirms the extension of the agreement for 120 days on Telegram. “We clearly saw how important and beneficial this agreement is for the world’s food supply and security.”he says.

10:50 : On Telegram, Ukrainian President Volodymyr Zelensky shares a video showing the strike in Dnieper this morning, which has been circulating on social networks.

10:44 a.m : According to Governor Valentin Reznichenko and Kirill Tymoshenko, adviser to the President of Ukraine, in Telegram, at least 14 people were injured and hospitalized during the strike in the Dnieper.

10:41 a.m : After the meeting with the US Secretary of State Antony Blinken, the head of Ukrainian diplomacy Dmitry Kouleba stated on Twitter in Kyiv that “Russia shares the view that it bears full responsibility for its missile terrorism and its consequences on the territory of Ukraine, Poland and Moldova.”.

10:25 : This morning fraceinfo’s guest, Ukrainian Ambassador to France Vadim Omelchenko, believes that Volodymyr Zelensky “Aware of the importance and responsibility of this matter, I would not speak without proof”. “Our president relies on Ukrainian military information and Ukrainian intelligence information”he continues.

09:35 : UN Secretary General Antonio Guterres “hello” The agreement on the export of Ukrainian grain has been extended for at least 120 days. He confirms it “The UN is fully committed to removing obstacles to the export of agricultural products and fertilizers from the Russian Federation”.

09:30 : At least five people were injured during the strike in Dnipro, Dnepropetrovsk region, three of them were hospitalized. The strike hit an industrial area, the fire spread to residential buildings. Governor Valentin Reznichenko says the attack is still ongoing.

09:47 : It is reported that there are strikes in several regions of Ukraine this morning. The air defense system has been activated in the Kyiv region, where missiles and drones were reported, regional governor Oleksiy Kouleba said. His colleague in Mykholaiv region also reports on drones, and in Odessa reports on attacks on infrastructure in the region.

09:12 : Last night, at least 4 people were killed as a result of airstrikes on residential buildings in Vilnyansk, Zaporozhye region. Rescuers are searching under the rubble, presidential adviser Kirill Tymoshenko said. 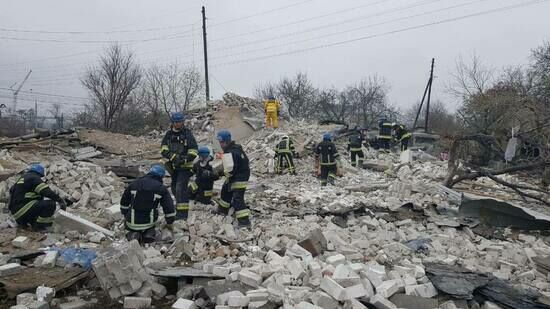 The term of the agreement allowing Ukraine to continue exporting grain through the Black Sea has been extended for 120 days, Volodymyr Zelensky said. Oleksandr Kubrakov, Minister of Infrastructure of Ukraine, greets “an important step in the fight against the world food crisis”. Watch us live.

#UKRAINE According to the Ukrainian authorities, Russia targeted several regions of Ukraine this morning. Infrastructure was damaged near the Dnieper and Odessa, and an explosion was heard in Kiev.

Parliament must today firmly adopt a bill allowing for the modulation of unemployment insurance according to the economic situation. Senators must decide on the compromise reached with the MPs at the end of the morning.

Republicans hold a slim majority in the House of Representatives, winning at least 218 seats in the midterm elections.

08:58 : We are waiting for an official statement from the leaders of the UN and Turkey

08:56 : We made an official appeal to the partners with the proposal to extend the initiative for 1 year and to include Nikolayev port here. It is also important to ensure the efficient operation of GKM. We offer our suggestions for solving existing problems

08:55 : Oleksandr Kubrakov, Minister of Infrastructure of UkraineHe praised on Twitter “an important step in the fight against the world food crisis”. He adds that the Ukrainian authorities have proposed to extend the term of this agreement by one year.

08:52 : “The term of the grain contract has been extended by 120 days” The President of Ukraine stated on Twitter. This agreement, which was concluded in July and allowed the continuation of Ukrainian grain exports, was supposed to expire tomorrow. This made it possible to remove more than 11 million tons of grain from Ukrainian ports in four months.

08:49 : The term of the agreement allowing Ukraine to continue exporting grain through the Black Sea has been extended for 120 days, Volodymyr Zelensky said.

08:37 : At least one explosion was heard in Kyiv. Others reported in Dnieper and Odessa. Oleksiy Kuleba, head of the Kyiv regional military administration, said that air defense forces are working over the capital of Ukraine.

08:36 : According to his correspondent in Ukraine Financial Times, At least one explosion was heard in the capital of Ukraine. The adviser to the Ukrainian presidency, Kyrylo Tymoshenko, also talks about the explosions in the Dnieper on Telegram.

08:50 : This morning, explosions were heard in several Ukrainian cities, including at least one in Kyiv and Dnieper.

08:23 : Director General of the International Atomic Energy Agency (IAEA), Rafael Grossi, reacted on Tuesday to Russian strikes targeting electricity infrastructure in Ukraine. “Yesterday’s blackout [mardi] It clearly shows that the nuclear safety and security situation in Ukraine could suddenly deteriorate, increasing the risk of a nuclear emergency.”he warned in a press release.

•The rocket that killed two people in a village near the Ukrainian border in Poland belonged to a projectile “likely” To the air defense of Ukraine, Warsaw said. President of Ukraine Volodymyr Zelensky called to apply to him “all data” Westerners for Ukrainian experts and at the site of the explosion.

Parliament must today firmly adopt a bill allowing for the modulation of unemployment insurance according to the economic situation. Senators must vote on the compromise reached with deputies later in the morning.

According to the Associated Press agency, a week after the mid-term elections in the United States, the Republicans managed to get a very small majority in the House of Representatives, the lower house of the American Congress. (Article in English). Democrats hold their majority in the Senate, but only briefly.

• The Artemis mission’s giant rocket finally successfully blasted its way to the Moon yesterday after several delays since late August. This test flight, with no astronauts on board, is supposed to orbit the satellite to confirm the vehicle is safe for future NASA crews.