They demanded free passage for humanitarian personnel, demining and psychosocial assistance to the traumatized population.

The head of UN political affairs, Rosemary DiCarlo, said that the situation of the civilian population in Ukraine remains dire, referring to the fact that 6,322 civilians have been killed and 9,634 injured since the Russian invasion began on February 24, 2022. higher,” he added.

He recalled that on October 10, Russia’s attacks on cities and their main infrastructure caused the death of 20 civilians and the wounding of more than a hundred people in Kyiv, Dnieper and Zaporizhzhia. Since then, 38 more civilians have been killed and 117 injured as a result of Russian missile and drone attacks.

The Under-Secretary-General for Political Affairs highlighted the UN’s concern following the bombings that have affected 30% of the country’s power plants since October 10, particularly in Kyiv, Dnepropetrovsk, Lviv, Kharkiv and Sumy, exposing the population to gas and coal. prices rise to extreme, even deadly conditions in the approaching winter.

“Let’s be clear: attacks targeting civilians and civilian infrastructure are prohibited under international humanitarian law,” Ms. DiCarlo insisted. “The same applies to attacks on military facilities that carry a risk of harming civilians, which is excessive in relation to the specific and direct military advantage that is expected.”

Recalling the UN’s support for all efforts to establish accountability, he called on the Office of the United Nations High Commissioner for Human Rights (OHCHR) to grant full access to all areas of Ukraine and recalled the report of the Independent International Commission. The Ukraine Inquiry released this week concludes that there are substantial grounds for concluding that war crimes, violations of human rights and international humanitarian law, the vast majority of them by Russian troops in Ukraine, have been committed since February 24.

These crimes and abuses include the widespread use of explosive weapons in populated areas that injure large numbers of civilians and devastate entire neighborhoods, as well as summary executions, illegal detention, torture, ill-treatment and sexual violence. Russian armed forces.

“The impact of these violations on the Ukrainian people is great, accountability is required. In this regard, the Commission called for better coordination of numerous national and international accountability initiatives in Ukraine. Accountability remains crucial as new allegations of atrocities have emerged in areas recently under Ukrainian government control. We must not allow impunity to prevail.”

However, Ms. DiCarlo welcomed the announcement of a prisoner exchange between Ukraine and Russia last Monday, in which 110 Russian prisoners were exchanged for 108 Ukrainians.

In this constructive spirit, he once again called on Russia to guarantee access to the prisoners of the International Committee of the Red Cross (ICRC) in accordance with international humanitarian law, and expressed regret at the UN mission responsible for investigating the July 29 incident. Olevnika is still not allowed to go to the scene. 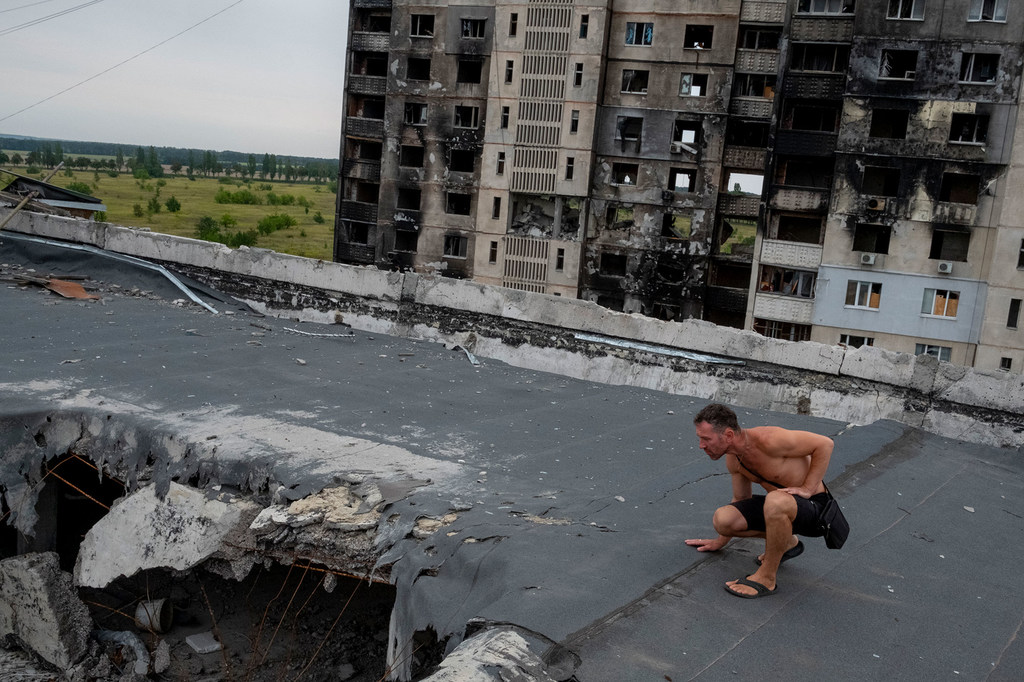 A man inspects damage caused by artillery fire and shelling outside Kharkiv, Ukraine.

On the way to a new escalation

Addressing the significant and growing global impact of the war, the Under-Secretary-General described the positive impact of the Black Sea Grain Initiative, which lowered and stabilized food prices, allowing the export of nearly 8 million tons of grain to regions in need. . “In order to protect global food security, it is important to extend this initiative beyond November, including the supply of Russian fertilizers,” he said.

“We are on the path to a new escalation, which can only lead to more suffering for Ukraine, Russia and the rest of the world. This trajectory should be reversed,” he said. “Any suggestion of the possible use of nuclear weapons or other non-conventional weapons will only increase tensions and lead to a dangerous spiral.”

Ms. DiCarlo also expressed concern about the damage and potentially catastrophic consequences of the Zaporizhia nuclear power plant and called for an immediate halt to all military activities at the site.

Recalling that the referendums held in the territories claimed by the Russian Federation “have no value according to international law”, Ms. DiCarlo expressed serious concern about the declaration of martial law and the evacuation of the regions of Ukraine under Russian military control. In the context of the intensification of fighting on the ground in Kherson. He called for an end to the war under international law and the Charter, which was “the surest way to end the enormous suffering of the civilian population in Ukraine.” 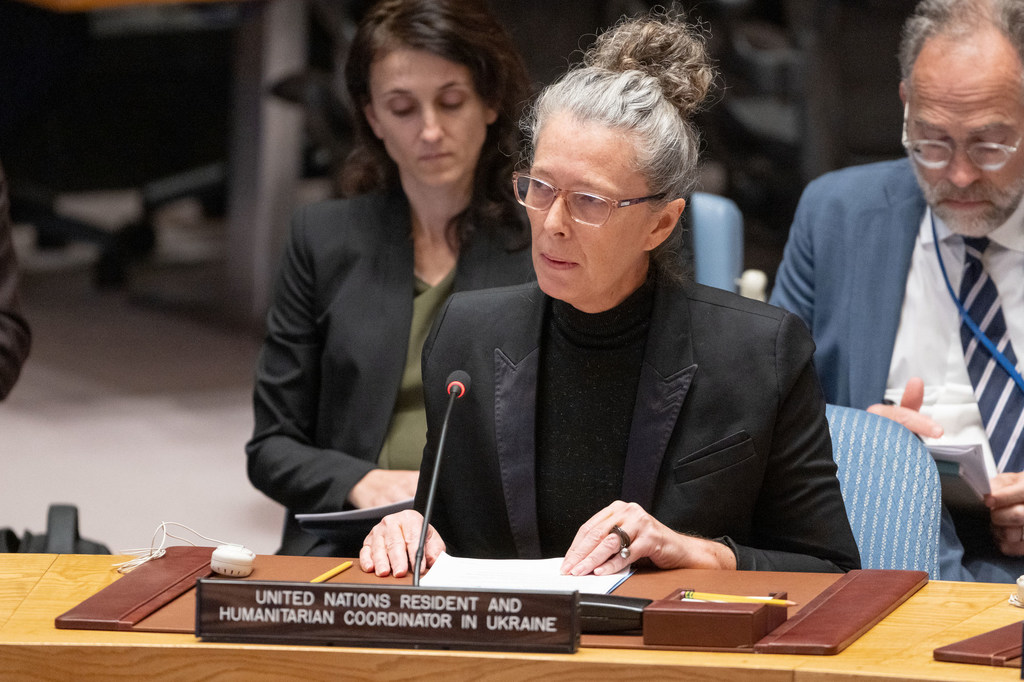 For his part, Denis Brown, the humanitarian coordinator of the United Nations in Ukraine, declared before the members of the Security Council that “the scale of the humanitarian disaster is amazing.”

He reminded that about 18 million people, more than 40% of the entire population of Ukraine, need humanitarian assistance. An estimated 14 million people have been forced to flee their homes, including 6.2 million internally displaced persons and 7.7 million refugees.

As for the World Health Organization (WHO), it has counted more than 630 attacks against health institutions, denying patients access to medicines and treatments.

As the winter months approach and with the destruction of power plants, Ms. Brown is calling on humanitarian organizations and local authorities to repair collective centers and shelters, including blankets, mattresses, clothes, food, generators for hospitals, especially the more than 590 humanitarian partners, often recognizing the efforts of national and local aid organizations led by women, it has already helped 13 million people in the country.

The Humanitarian Coordinator said he was relieved that areas of the country were finally accessible for the delivery of aid to the population, but he recalled that the threat of landmines and contamination by unexploded ordnance in accessible areas of the cities of Kharkiv, Kherson and Donetsk still hampered humanitarian operations. , calls for priority action to reduce threats.

In particular, Denis Brown stressed the urgent need for psychosocial assistance for the nearly 10 million civilians affected by this war, including women and girls who are victims of sexual and gender-based violence, and to reach out to the residents of Ukraine’s violent regions as soon as possible. regained control and suffered the abuse and violence of the conflict.

He expressed his concern about the situation of civilians in certain areas of Donetsk, Kherson, Luhansk and Zaporizhia, where humanitarian personnel still cannot reach, and reminded the parties to the conflict of their international obligations to ensure access.

“International humanitarian law, which now embodies the balancing act between humanity and military necessity, clearly requires parties to facilitate the swift and unhindered passage of humanitarian aid,” he said.

Denise Brown expressed her satisfaction with the unprecedented donor support for the Ukraine Relief Fund, which has already received $2.9 billion of the estimated $4.3 billion needed for this year.

“This is the most funded country in the history of the UN, behind the $3.6 billion given to Yemen in 2019,” he said, adding that the Ukrainian Humanitarian Fund also contributed more than $230 million in pledges, of which $117 million was surplus. will be paid and $20 million will go to local voluntary organizations in Ukraine.