You may have already read or heard about LiDAR, especially in the latest electric vehicles introduced. This technology, which is still rare in our cars, should become more and more available in the coming years, and we will tell you what it is.

The advent of the electric car has put the autonomous car race somewhat on the back burner. Manufacturers’ investments are mainly concentrated on development of high-performance batteries and electric motors, especially because in Europe (not only), by 2035 those manufacturers will no longer be able to market new thermal cars. In the years to come, this will happen everywhere, even in the most stubborn countries today.

If the electric car tends to be widely democratized, it is somewhat less so in the case of a fully autonomous car. And for various reasons. Indeed, in addition to the technological aspect that needs to be improved, there are other factors to consider: it starts with infrastructure (Car2X connection, connected cities, etc.) as well various regulations governing autonomous vehicle development.

The legislator agreed six levels of autonomy for the car. Some regions allow the use of one level or another, some do not, and some are experimental. For example, in Europe, level 3 autonomous driving has been allowed since year 1er last September, but this is not the case everywhere. To explore the different levels of autonomy in more detail, don’t hesitate to take a look at our dedicated article, as well as our infographic published below. 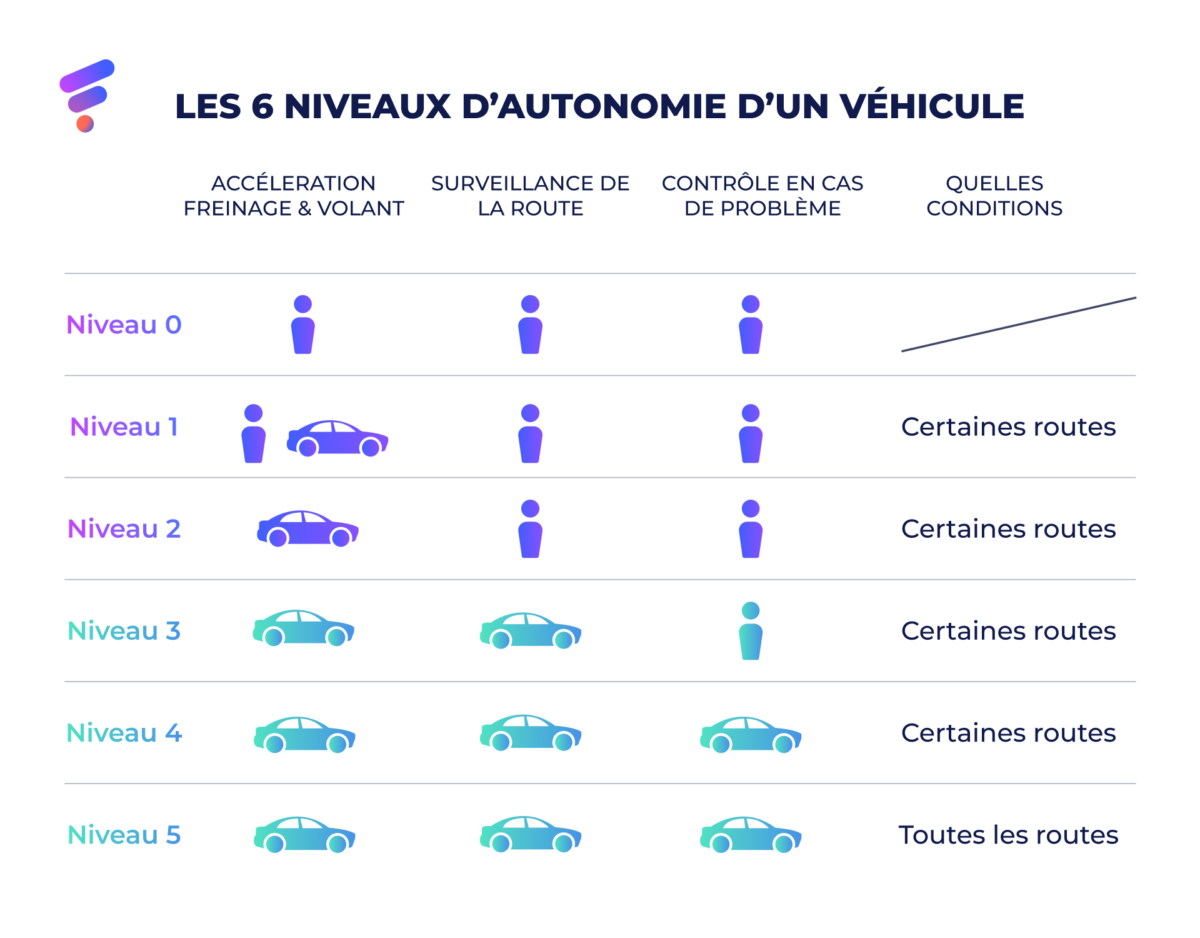 As mentioned a bit above, LiDAR technology has not really been democratized in our cars, or at all. For example, a few production cars to be equipped with it are the Mercedes EQS with the Drive Pilot option, or the first SUV, and Lotus’s first electric car, the Eletre. We can also mention the Nio ET7 and the new Volvo EX90.

But LiDAR is not new: we were able to discover it at CES in Las Vegas in 2016! stands for LiDAR acronym Light Detection and Ranging“. It is a calculation method that allows to determine the distance between the sensor and the target obstacle. LiDAR uses a laser beam for detection, analysis and tracking.

In other words, it is a kind of large electronic component that is part of a sensor family. The sensor collects data about physical parameters such as temperature, humidity, light, weight and even distance.

Knowing the speed of light, LiDAR can accurately calculate the distance to each object from the delay between the emission of the laser pulse and the return pulse. every second thus, this system takes millions of points for accurate distance measurement, from which you can create a 3D matrix of the environment. This detailed cartography can provide information about the position, shape and behavior of moving objects or people.

How does LiDAR work?

LiDAR sees everything like a camera, but its power is that it also helps the car’s computer system predicting the behavior of objects and adapting the driver accordingly. There is nothing offered by other technologies available in our cars today.

Often a single radar provides constant measurements of distance and speed, however, its performance can be slightly penalized by the weatherthe resolution is lower and can hardly map small details at a distance. Along with the radar, there is also a camera, a technology often used in our modern cars, but it relies on powerful artificial intelligence and associated software to translate the captured data into 3D interpretations. Environmental conditions and lighting can also affect the camera’s vision technology.

That’s why the solution is called LiDAR this large box provides accurate 3D measurement data at short and long distances, even in difficult weather and lighting conditions. LiDAR can also be combined with other sensor data to create the most accurate picture possible of static and moving objects in the environment.

What are the main advantages of LiDAR for automotive?

More than radars and cameras, LiDAR instantly produces multiple measurements and can be accurate to within a centimeter, it it takes a lot of computing power inside the car to manage and process all the data. Converting LiDAR data into 3D maps used to interpret the environment can be easier than images from cameras, which require a lot of machine learning and artificial intelligence.

Using lasers instead of cameras means it is unaffected by changes in ambient light and works well in all low-light conditions. Another advantage is the speed of data processing. LiDAR data is a direct measurement of distance. They do not need to be decoded or interpreted, allowing for fast processing and reduced processing required.

Other areas of application of LiDAR

LiDAR is not only used in the automotive field, on the contrary, some sectors have been using it for a longer time, for example, in the field of aviation. There are three types:

However, this type of LiDAR remains quite expensive. For terrestrial detection, two types of LiDAR are preferred, cheaper and equally effective for their chosen area:

But the future belongs to another type of LiDAR: solid state or solid-state LiDAR. They have no moving parts, reducing their size and design. Thus, their cost will be more affordable. Currently, manufacturers are implementing hybrid LiDARs with some moving parts.

The importance of LiDAR for future self-driving cars

The legislator will have the last word if the manufacturers, despite a slight decrease due to the forced departure of electricity, are generally quite advanced in this matter. There are many parameters to consider, and the degree of autonomy of a car depends not only on itself, but also of the environment. Cities will need to connect to each other to make traffic flow more smoothly, or even send information to autonomous vehicles to report a certain problem. 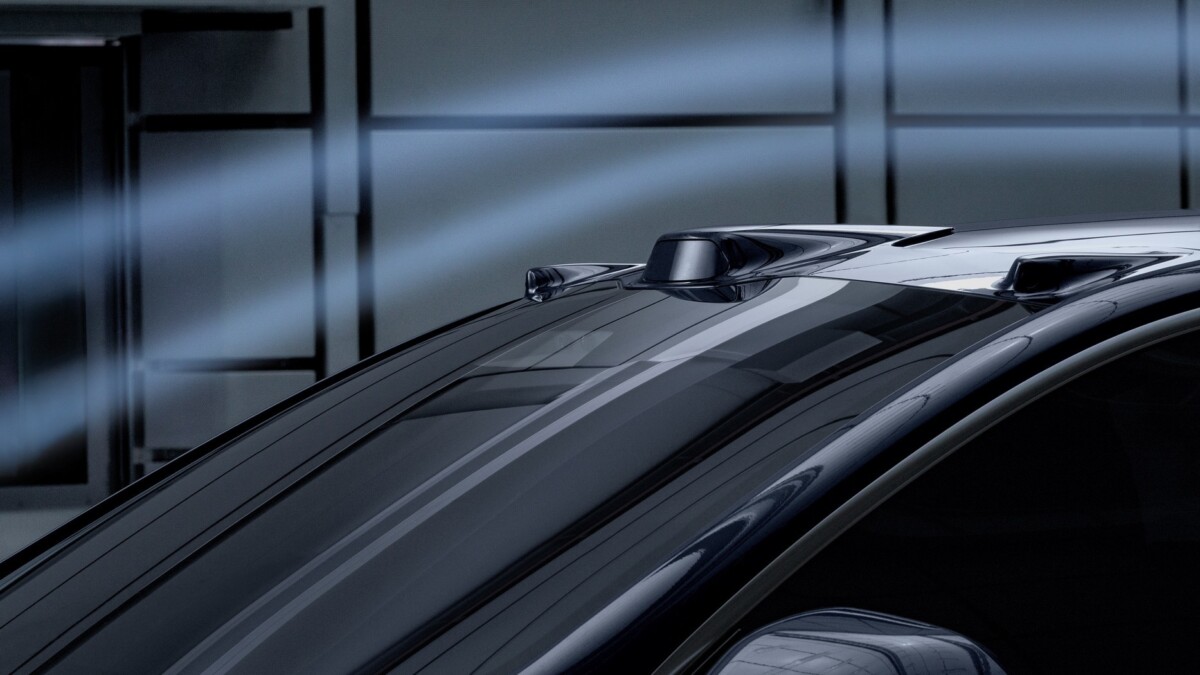 Nevertheless, LiDAR will undoubtedly remain the “heart” of tomorrow’s autonomous vehicle, and as you no doubt know, especially when you look at certain infotainment interfaces from some manufacturers, digital technologies are not necessarily their favorite field.

Thus, some manufacturers entrust this activity to companies specializing in new technologies. For example, the Renault-Nissan-Mitsubishi Alliance partnering with Google-owned Waymo is not only in the technological aspect, but also in business to assess market opportunities and ensure joint work. Commercial, legal and regulatory framework for autonomous vehicles in France and Japan.

For its part, Tesla doesn’t believe in LiDAR or radar at all. Elon Musk believes that it is really possible to offer fully autonomous driving based on cameras alone. To reduce the costs and complexity of its implementation. The future will tell us who is right between manufacturers who rely on LiDARs and those who prefer single cameras.

At the forefront of technology and performance, Tesla electric cars have something to make car enthusiasts everywhere salivate, especially the Tesla Roadster and its 400 Km/h top….
Read more