No milder hybrid, the S-Cross becomes a full hybrid! What real contribution to the third generation of urban SUV? To find out, we took the wheel of two versions, the traction and all-wheel drive AllGrip. Our review of the Suzuki S-Cross Hybrid.

Suzuki has no shortage of hybrid models. But they were mostly offered elsewhere as a 48 V mild hybrid like the S-Cross. The compact SUV is now available in a so-called ‘full hybrid’ variant, borrowing the engine from its younger sibling the Vitara. Consider an internal system with an electric motor placed at the output of a robotic gearbox. Guide the Camargue through roads and trails to test the new Suzuki S-Cross Hybrid (requires AllGrip!).

In terms of appearance, the Suzuki S-Cross Hybrid differs from an SUV

Suzuki S-Cross enters its third generation (since 2006, there is the first SX4). And to mark the occasion, Suzuki is carrying out a radical modernization to mark the compact SUV on trend. Gone are the small, softly rounded lines of the previous generation, the Suzuki S-Cross Hybrid gains character. At the front: a flatter hood marked by a vertical grille. The contours of the chrome grille give way to a more discreet transition chrome strip. More muscular, more aggressive. At the rear: a tailgate with more raw lines and massive “crystal” lights. Even a little rough as they apply. They’re tied with a black headband and topped off with a chrome bar that we see a lot of here. The wheel arches are angled to match the new look of the small compact SUV. 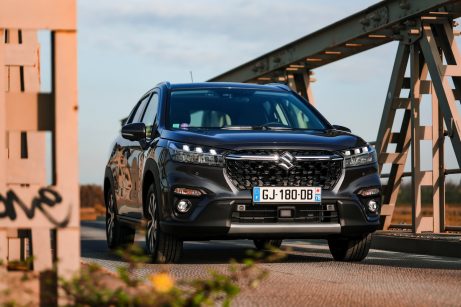 Small yes, because even if it is more “masculine” and rewarding, Suzuki S-Cross Hybrid seriously updates its format. Dimensions: length 4.30 m, width 1.78 m and height 1.58 m. Or even if it’s the same size on the outside, the new silhouette might suggest the opposite. It should be noted that Suzuki strives to distinguish between a compact SUV and an urban off-road vehicle. This is to place the 4.18m long Vitara in the ‘city’ category. Overall, this new S-Cross Hybrid benefits from fairly neat finishes and mounts anyway. It’s very clean going through the styling from the new lines to the glass factory. At Automobile Propre, we still favor front and three-quarter, rear and three-quarter rear. What do you think ? 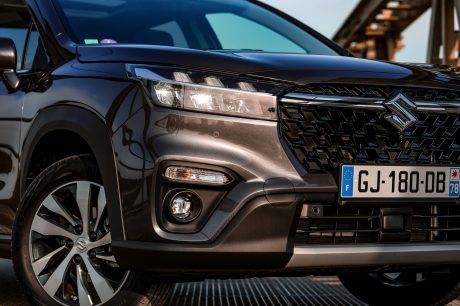 On board: little change, lots of plastic

Suzuki S-Cross Hybrid welcomes us in a familiar cabin. The interior changes very little and develops mainly at the level of the center console. And this especially in the upper part, with a new multimedia screen of 7 or 9 inches. It’s better laid out and more accessible than before, and therefore more enjoyable to use. However, the system remains good in terms of fluidity and responsiveness. It’s not the worst in the category, but it’s far from the fastest. Fortunately, this contributes to the compact SUV’s good ergonomic integration, which remains fairly intuitive. Air conditioner, steering controls, meter… Not much to complain about. Only the pushers on either side of the phone are a bit dated on this S-Cross Hybrid. Otherwise everything is simple, easy and readable. And in the end, that’s all we want from him.

You will understand where the Suzuki S-Cross Hybrid fishes, it is on the side of materials and their quality. Not surprisingly, the fault of the hard and shiny plastics that run through the entire cabin. Only the small cover of the dashboard is foamy, the rest is hard, hollow and resonant as you like. Sufficient to affect perceived quality on board. A more surprising observation when operating the power windows is that coming to rest causes the entire door panel to move. Very bad. Comfort level, the rear seats benefit from a 2.60 m wheelbase. Passengers have head and knee room and are seated well. Next is the boot, which disappoints at 293 liters against the previous 430 litres. Therefore, the hybridization makes it lose 137 liters, which makes it very fair for family use. 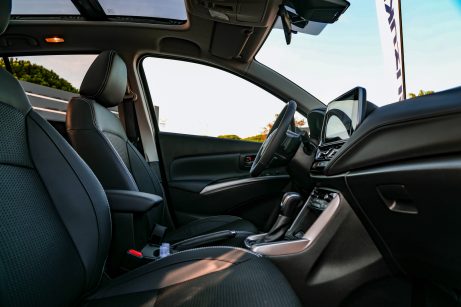 Performance and behavior: moderation is required

On one side, a 102 hp / 138 Nm 4-cylinder 1.5 Dualjet gasoline engine with variable valve timing, and on the other, a 33 hp / 56 Nm electric motor located at the output of the gearbox. All for this Suzuki S-Cross Hybrid with 115 horsepower. Finally, no stepless e-CVT transmission, but a robotic 6-speed gearbox with paddles on the steering wheel. Let’s make it simple: the compact SUV advertises smooth acceleration during gear changes. A promise that’s hard to keep, as the lag in torque is quite noticeable and proportional to the gas pedal. In particular, it is necessary to accept soft and comfortable handling in order not to rush the S-Cross. The power within compels us to climb the towers at speed, which makes everything both rough and silent. And shovels don’t make a big difference. 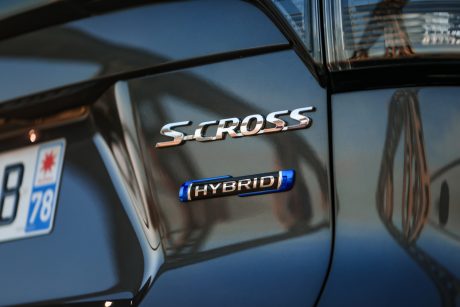 Electric driving speed remains limited from 3 km/h to 135 km/h. This is thanks to the 0.84 kWh / 140 V hybrid battery. But gently so as not to wake up the heating engine! Energy recovery is also far from silent, with a turbine noise heard during deceleration. We never experience the sensation of driving in an EV. There is no doubt that the Suzuki S-Cross Hybrid is designed to handle very nimbly without ever stepping on it. There SUV is simple and pleasant. On the other hand, the efficiency of the AllGrip all-wheel drive should be noted. On roads and dirt, 4WD Lock mode is highly efficient, distributing torque 50/50 between front and rear. Constant grip and control! A guarantee of efficiency for owners who have to deal with different areas. 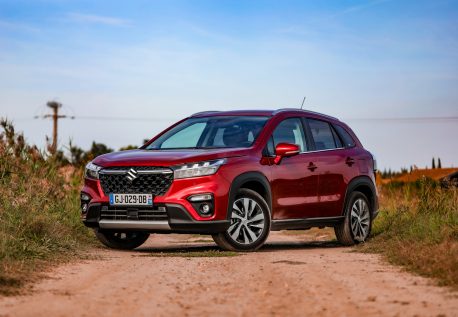 Of course, the Suzuki S-Cross Hybrid is not designed for dynamic driving. Engine/transmission confirmation is very average and performance is limited: 0 to 100 in 12.7 seconds, 175 km/h top. Even holding a streak is shy. Not to mention the sensitive beep that prompts us to take the wheel again… Even if we hold it tight. Despite the still acceptable 17-inch wheels, we will note a slightly dry SUV in the fittings. Fortunately, agility behind the wheel still pays off in terms of fuel economy. We got down to 4.9 l/100 km in all-wheel drive! Forced to drive a bit more frugally, we managed around 5.1L/100km. It’s a constant adjuster between city and highway, with two on board. The difference in consumption between the two versions of the S-Cross Hybrid is very small anyway. 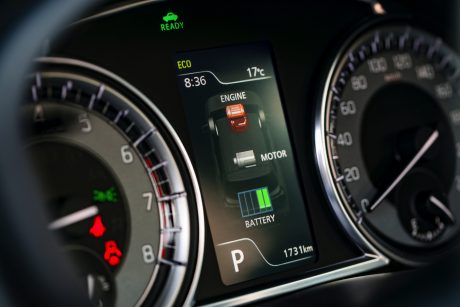 So what does this Suzuki S-Cross Hybrid have over the competition? Actually, not much, especially in the two-wheeled version. For example, the Renault Captur E-Tech is more powerful and better designed. The Toyota Yaris Cross is slightly less roomy from the back, but bulkier in the trunk. In the same family, the mild hybrid 1.4 Boosterjet develops 129 hp for 0.1 l/100 km more. And €2,800 less for an equivalent finish. Moreover, it is only available in manual transmission. The new S-Cross Hybrid is a pragmatic choice in any case: an efficient, high-performance SUV on a daily basis and wherever needed. Still, at €31,890 (€36,290 on the AllGrip) you really have to ask for a car box and space on board. Because without it, the Vitara located a little lower will be more than enough for you. 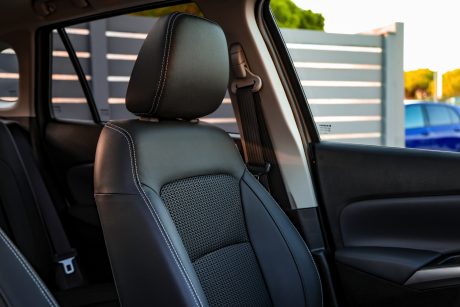 Read also
Test – Suzuki S-Cross Hybrid: what is the value of a “self-charging” hybrid SUV?