Otzma Yehudit leader MK Itamar Ben Gvir is a notorious defender of Jewish rights on Jerusalem’s Temple Mount, where the activities of non-Muslims are severely restricted, including the right to pray.

The far-right leader and his party are expected to be an important part of the ruling coalition put forward by Benjamin Netanyahu. As part of this, Ben Gvir claimed the portfolio of Homeland Security, a role that would give him full authority over Israeli policies implemented on the Temple Mount. To this extent, what changes could the new government make to the already decided arrangements for the sanctuary?

Over the past two decades, activist organizations have pushed for stronger Jewish rights on the Temple Mount, Judaism’s holiest site and home to the Al-Aqsa Mosque, one of Islam’s holiest mosques in the eyes of Muslims.

Get our free daily edition by email so you don’t miss the best news! Sign up for free!

The Temple Mount is also at the center of Israeli and Palestinian territorial claims, and the actions of Israeli security forces and politicians in the area have resulted in several episodes of intense violence against Palestinians. When the Jewish state captured East Jerusalem and the West Bank, then Jordan, in 1967, Israel extended its sovereignty over the Mount and the rest of the Old City. trust Jordan) continued to control its holy sites, determining that Jews could visit the Temple Mount but would be prohibited from praying there.

Ben Gvir has been a frequent visitor to the Temple Mount for many years, and other members of his party and Otzma Yehudit’s ally HaTzionout HaDatit are staunch advocates of expanding Jewish rights. holy site and they support Israeli control of the site.

The 14 seats won by the HaTzionout HaDatit-Otzma Yehudi alliance would give Ben Gvir and his allies a prestige they had not had until then. Ben Gvir said during the election campaign that Jews deserve equal rights on the mountain.

The policy regarding Jewish prayers and visiting hours on the Temple Mount is primarily determined by the Israeli police. If Ben Gvir is appointed Homeland Security Minister, he has the responsibility to oversee the police, he will actually have the necessary authority to make such decisions.

The Supreme Court of Justice upheld the right of Jews to pray on the mountain, but ruled that the police had the right to restrict that right if allowing it would endanger public safety.

As a result, law enforcement agencies completely banned Jewish worship and the use of ritual objects – prayer shawls or phylacteries – on the mountain. the status quo It was signed between Israel and Jordan in 1967.

Ahead of the general election, Beyadenu, a Jewish rights organization on the Temple Mount, presented a list of 10 initiatives aimed at expanding Jewish rights and imposing greater Israeli control over the holy site on presidential candidates. The Likud and HaTzionout HaDatit primaries.

Jews pray in quorum on the Temple Mount in Jerusalem, July 19, 2021. (Jeremy Sharon)

Other “principles” include the study of the Temple Mount in school curricula; freedom of movement of Jews on the mountain; preventing the destruction of archaeological artifacts in the area; equal visiting hours between Jews and Muslims and opening the site to Jews on Saturdays, holidays and evenings; that the Jews could enter the mountain through more than one gate; establishment of a state body responsible for building management; installing signage at the entrance to the site and modernizing the Maghrebian gate, currently the only access to the mountain open to non-Muslims.

Tom Nisani, director of the Beyadenu Organization, one of the leading activist groups devoted to the Temple Mount, said that while several of the initiatives on the list need time to be fully implemented, policies such as the right to public prayer and extended visiting hours are in place. Prevention of destruction of Jews and works can be done without delay.

Nisani also expressed hope to see a future synagogue built on the Temple Mount in a pre-existing structure and then in a new purpose-built building.

However, he admitted that such a goal would take time to achieve.

According to Beyadenu, several members of HaTzionut HaDatit and Likud supported the principles presented by the organization.

In the past, the leader of HaTzionout HaDatit, MK Bezalel Smotrich, demanded the establishment of a synagogue on the Temple Mount, although he did not go there himself.

Ahead of Tuesday’s general election, Ben Gvir reiterated his demand for equal rights for Jews on the Temple Mount.

“There is a problem of racism on the Temple Mount, which is against the law the status quo“, he said Israel timespointing to major differences between the places of pilgrimage offered to Jews and those accessible to Muslims.

“A Jew is arrested for praying on the Temple Mount,” he said. “Why are Arabs allowed to pray, and why is it forbidden for Jews to pray? This is anti-Jewish racism. I want equal rights. It is impossible for Jews to suffer their rights just because they are Jews.

Although Jewish prayer is still prohibited, silent prayer without ritual objects has been permitted by the police in recent years, marking a change from previous policies.

This change occurred between 2015 and 2020, when Internal Security Minister Gilad Erdan served in two governments under Netanyahu. 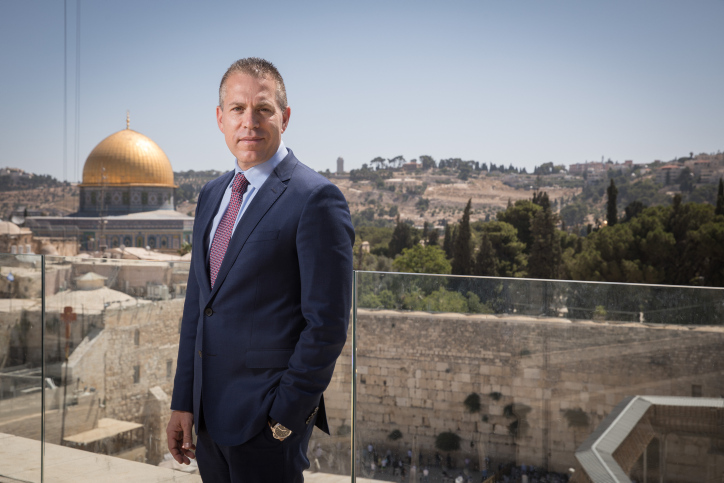 Homeland Security Minister Gilad Erdan in a portrait overlooking the Temple Mount and Dome of the Rock in the Old City of Jerusalem, June 27, 2018. (Hadas Parush/Flash90)

Erdan has taken several initiatives aimed at easing restrictions on Jewish rights on the Temple Mount, including the appointment of a Jerusalem district police commander sympathetic to the groups’ and activists’ demands.

One factor that could prevent the next government from implementing the agenda of the Temple Mount organizations is that it is in a coalition of ultra-Orthodox parties that strongly oppose the presence of Jews at the site.

Both Shas and United Torah Judaism actively attacked Ben Gvir during his campaign to defend Jewish pilgrimages to the holy site. 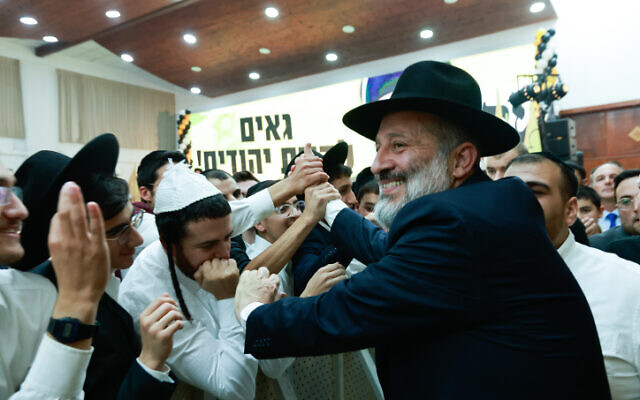 Shas party leader Aryeh Deri with his supporters during the announcement of the results of the Israeli elections in Jerusalem on November 1, 2022. (Yossi Zamir/Flash90)

Netanyahu will want to temper the heat of his coalition partners on this incendiary issue.

dramatic change the status quo It would trigger a serious diplomatic crisis with Jordan on the Temple Mount, crucial to the legitimacy of Jordan’s unofficial status as the custodian of Muslim holy sites in Jerusalem, particularly the Al-Aqsa Mosque and the Dome of the Rock. The Hashemite regime is at the head of the country.

Netanyahu is also well aware that Israel’s actions on the Temple Mount have repeatedly resulted in violent outbursts.

The riots and war in Gaza in May 2021 were partly caused by police actions against Palestinian demonstrators during the late Prime Minister’s visit to the Temple Mount, where agents entered the Al-Aqsa Mosque. Minister Ariel Sharon was the catalyst for a wave of terrorist attacks by Palestinians against Israelis during the Second Intifada in 2000.