Born in France in the 1920s, Art Deco found chosen soil in North America. Visit six of New York’s most iconic locations as the Cité de l’architecture in Paris dedicates its exhibition to this transatlantic phenomenon.

The Chrysler Building, opened in 1930, was the tallest building in the world at 318 meters. But this is not his main interest. Indeed, this building designed by William Van Alen breaks the traditional concept of a skyscraper. If the decoration was usually located on the base and above, now it occupies the entire surface. In the lower part, rows of white bricks and marble form a lattice pattern. Higher up, gray and black brick cladding forms a zigzag pattern. This mix of textures and colors does not forget modern materials such as stainless steel used for joinery, decorations placed in the corners of certain floors and the arches of the spire.

Known as “New York’s unofficial palace,” the Waldorf-Astoria Hotel, built by Schultze & Weaver between 1929 and 1931, has nothing to envy to the real palaces it shares its patent for, with its classic aesthetic, marble columns, and an abundance of colonnades. in different colors. The preference of silver metal over gilding brings a counterpoint to the modern touch. Frenchman Louis Rigal produced thirteen murals in a style close to Burne-Jones, the extraordinary floor mosaic of 148,000 tesserae in the main lobby and the caricatures of the reliefs that undoubtedly adorn the elevator doors. In the center of the reception hall sits a clock inherited from the former Waldorf-Astoria, decorated with figures of American presidents and Queen Victoria.

In 1930-1931, the Starrett-Lehigh Building was built for two companies active in construction and railroad transportation. Overlooking the Hudson River, this multifunctional building designed by Russell G. Cory and Walter M. Cory housed offices and extensive storage for goods in transit. Bursting with sophistication on the era’s industrial West Side, it borrows some features from the then-prevailing Art Deco, notably marked by a strong vertical emphasis on the central part of the south facade. But above all, it refers to the rise of modernism in the late 1930s. It is characterized by horizontal lines, windows in a continuous strip, curves and flat surfaces with little or no ornamentation. 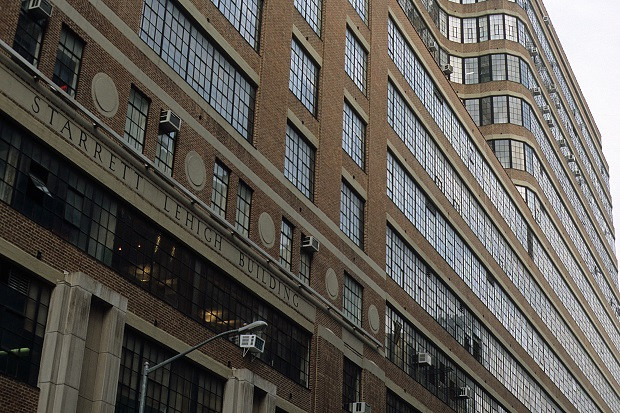 The construction of Rockefeller Center by Raymond Hood from 1931 to 1933 was undoubtedly one of the most ambitious urban planning operations undertaken in New York, bringing together an unprecedented combination of offices, shops and recreational facilities in a complex of fourteen buildings. At the center of this vertical city stands the RCA Building (Radio Corporation of America), whose sleek, slender silhouette represents an evolution in New York skyscraper typology. The economy of its design is emphasized by the use of materials such as granite, limestone and aluminum. The ornament is concentrated on the entrance doors. Above the main entrance is an allegory of wisdom executed by American sculptor Lee Oscar Lawrie.

The Brill Building (1930-1931) on Broadway rises only eleven stories, the Depression of 1929 surpassing the grand original design. Despite its small size, this building by Victor A. Bark is a fine example of New York Art Deco. The facade has a subtle combination of white brick and terracotta reliefs. At street level, the architect compensates for the narrowness of the entrance by using more “showy” materials: three shiny copper doors topped with brass elements, flanked by polished black granite columns. In a niche above the glass roof, a bust in the same metal, probably of the late son of the building’s original promoter, is framed by stylized decorative panels. 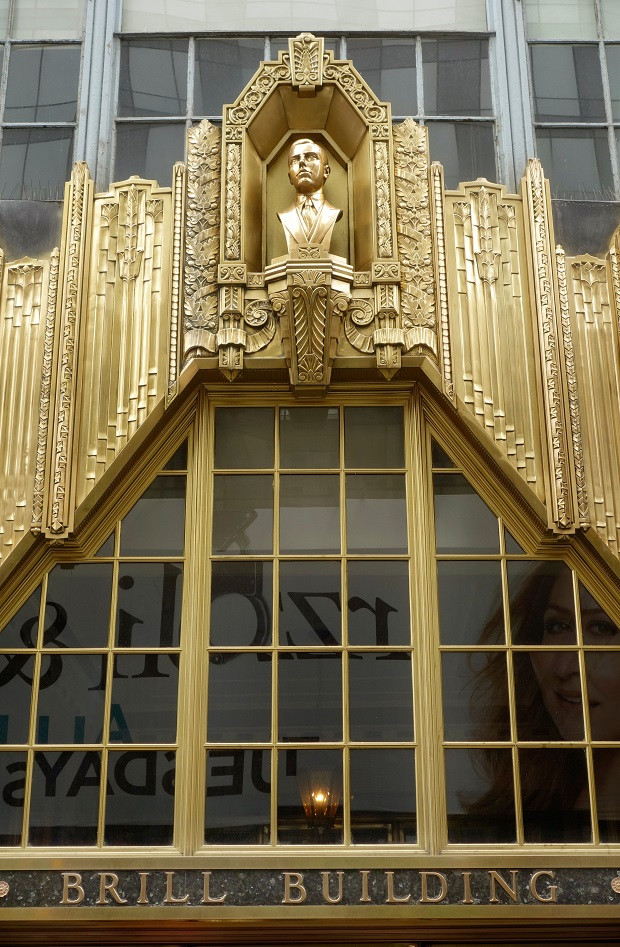 The completion of the Empire State Building in 1931 was the height of skyscraper fever during the economic boom of the 1920s. The height record, stolen from the Chrysler Building, was to hold for nearly fifty years, this monument conceived by William Frederick. The lamb soon became a symbol of the city, immortalized in the film King Kong (1933). Its extraordinary dimensions (443 meters along the axis) constituted a strong advertising argument, and although it was not sufficiently occupied due to the Depression, millions of annual visitors allowed the building to be saved from bankruptcy. As if to emphasize this power of the image, the silhouette of the building is reflected in the hall itself in the form of a large aluminum relief. 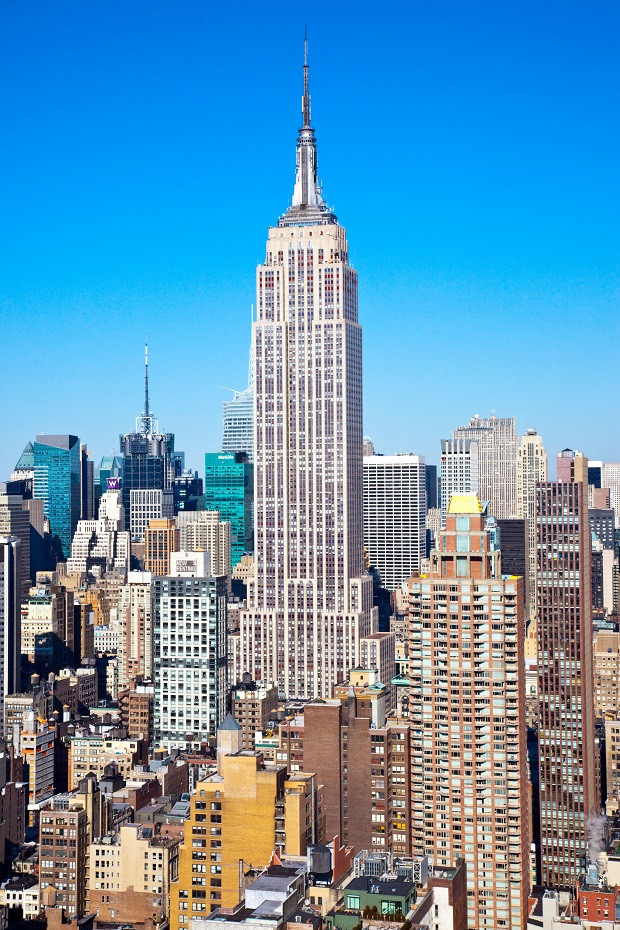